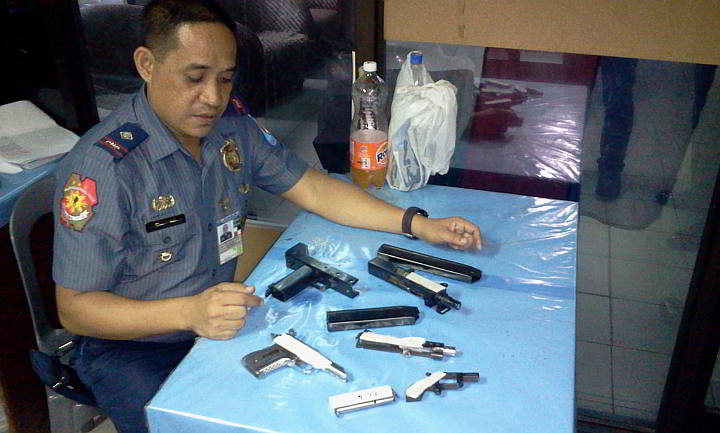 A police officer examines the firearms found in the luggage of Taiwanese Yuan-He Chao at the Mactan-Cebu International Airport. (CDN PHOTOS/NORMAN MENDOZA)

A 27-year-old Taiwanese man was arrested after he tried to bring in firearms at the Mactan-Cebu International Aiport (MCIA) last Friday afternoon.

Seized from Yuan-He Chao were an Ingram sub-machine pistol, a 9mm pistol, a black widow pistol and three magazines.

The guns were found stuffed in a miniature seaplane model.

Chao arrived in the airport past 3 p.m. to catch a flight for Manila. When his luggage went through the X-ray machine for inspection, thick metallic objects were noticed by Fenelly Martinito, security screening officer of the Office of the Transportation Office.

Martinito then opened Chao’s luggage and found the miniature seaplane. 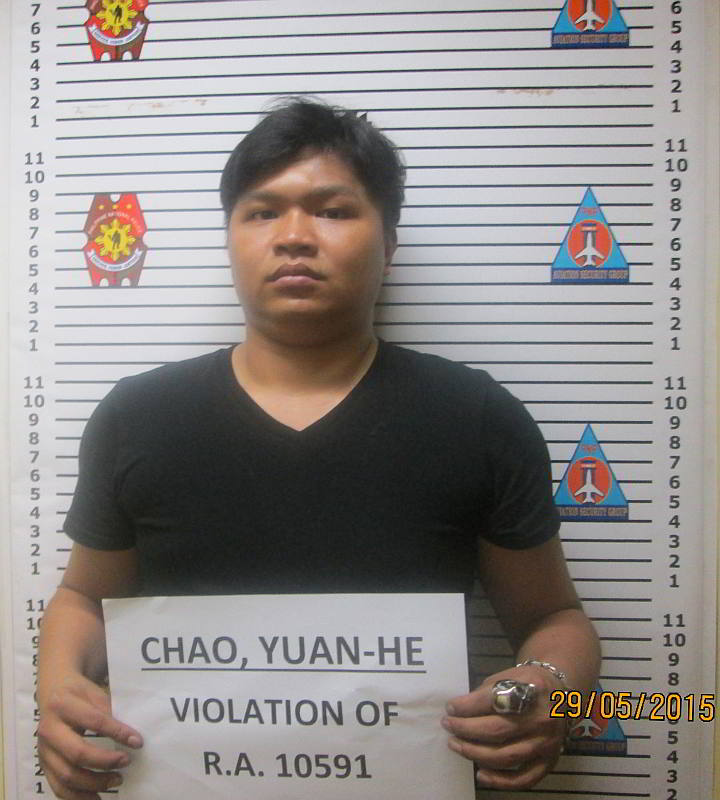 Personnel of the Aviation Security Unit-7 (AVSEU) and the Airport’s Engineering Division further examined the miniature plane and cut it open. They found guns hidden inside the body.

Chao was brought to the AVSEU for interrogation but authorities got little information from him since he was not fluent in English. A lawyer talked to Chao at the office.

Chao is detained at the Lapu-Lapu City City Police Office pending the filing of illegal possession of firearms charges against him, police said.

Insp. Marvin Bolic, deputy chief of AVSEU said, Jery Wang, the Police Attaché of the Taiwanese Consulate in Manila, has been informed about Chao’s arrest.

Based on his passport, Chao arrived in Cebu early this month.