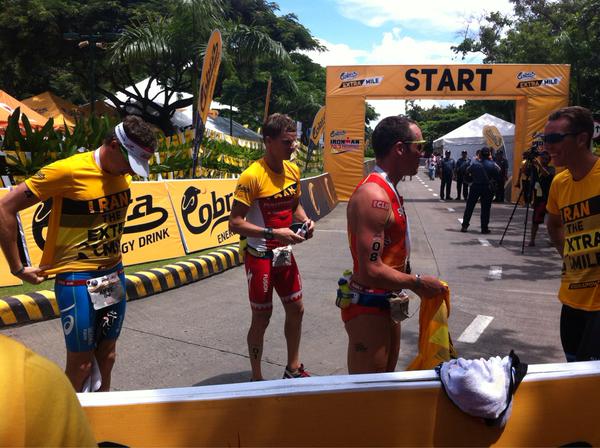 The Ironman 70.3 Extra Mile Challenge was a resounding success, which means more will be given to a selected beneficiary.

“Nag-sold out tayo lagpas na ng 300 (It was sold out. We had more than 300 participants),” announced Princess Galura, project director of Sunrise Events Inc (SEI), the organizer of yesterday’s 70.3 Ironman Philippines.

The Extra Mile Challenge was a charity event wherein  P1,000 will be donated to a beneficiary if a triathlete runs an extra mile after the finish line.

For this year, the beneficiary is the Manipis Elementary School in Talisay City, southern Cebu.

Galura said they targeted at least 300 participants so they can donate P300,000 to the school.

“Even the professional triathletes dared to go beyond the finish line,” she said.

Clayton Fettell, Tim Van Berkel and Brent McMahon were some of the professional triathletes who exerted the extra effort to run beyond the finish line.

Talisay City administrator John Yre de los Reyes said the Manipis Elementary School is located in a mountainous area and is the farthest school from the city proper.

He added the barangay is a calamity-prone area.

Last year, the SEI partnered with Gawad Kalinga and professional triathletes to build 25 houses which were then donated to some residents in Bantayan Island, which was badly hit by supertyphoon Yolanda.

Apart from the school in Manipis, the SEI will also give financial assistance to the Children’s Hour and the Lapu-Lapu City government.

She said it is their way of giving back to Cebuanos for contributing to the success of the Ironman race,