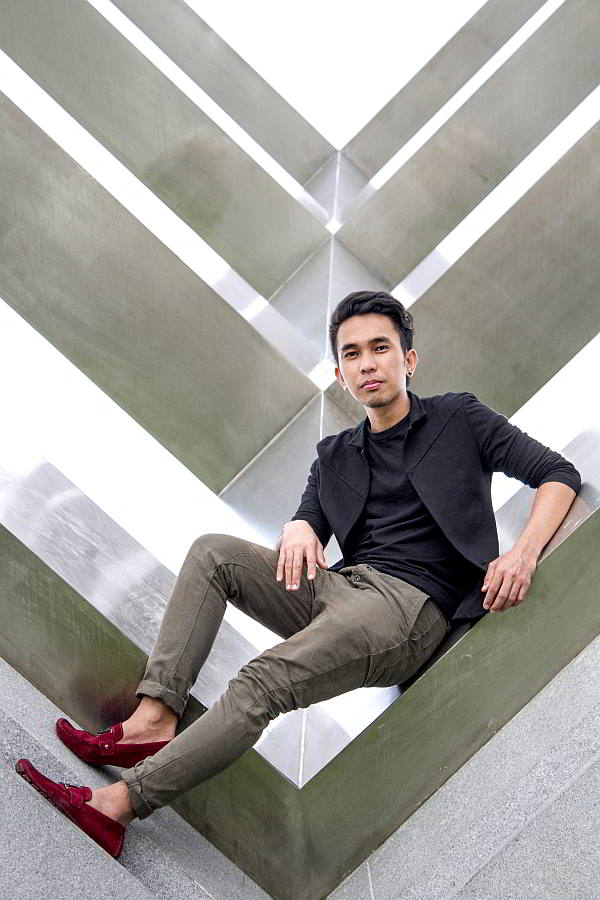 Memes have dominated social media for the longest time. 9GAG posts spread like wildfire on Facebook and Twitter. Being the social media capital of the world, Filipinos too love to read and create memes—quotes and pictures that describe a situation or give one a slap of reality in a creative and humorous manner. It started with English, but later on expanded to Tagalog and Bisaya.

When it comes to Bisaya memes, Rowell “Roy” Ucat is one of the most popular, known to a lot of Bisaya (and those who understand the language) as Medyo Maldito. The 25-year-social media celebrity from Bukidnon flooded Facebook and Twitter with his witty, straightforward (and sometimes harsh) “reality bites” about friends, falling in love, moving on, and many more. His memes evolved from simple tweets and quotes, to banat and hugot conversation pictures, funny videos on reactions to everyday situations, and now to the Inday Hugot series.

Medyo Maldito’s humor and charm has a 200,000-strong following, with unaccounted likes and shares of his picture and video posts of Facebook and Twitter.

Aside from being a social media sensation, he is also an upcoming Bisaya songwriter. In partnership with award-winning composer Jude Gitamondoc, he co-wrote  the VISPOP 2015 entry “Sa Imong Heart,” and a new song “Hahahasula.”

The Play! pool met with Roy to talk about his rise to fame, unfolding stories behind the hugots and banats and what makes this real-life shy guy truly maldito.

How did “Medyo Maldito” start?
It started in Twitter.

I’m all alone. What I did was I started following people. No one was following me, or do people follow me back.

It became boring kay nag-follow-follow ra ko sa mga sikat. Then my friend introduced me to a Twitter account called @SinugbangSugbo. It was owned by Missing Filemon vocalist Insoy Niñal. He inspired me to start writing Bisaya quotes. Then I gained followers na. When I went to Singapore in 2012, I started making memes, photos with captions and posted them on Facebook. From my name Roy, I changed it to Medyo Maldito.

Why Medyo Maldito?
I chose it because my posts are a bit  maldito, medyo mean and cheesy at the same time, mga banats and tira. I chose Medyo Maldito because it will serve as a warning to those who want to follow me. Kung mureklamo ka na mean akong posts, you’ve been warned.

Did you expect this much followers because of the memes?
No! Actually when we went to Davao, the crowd was insane! Wow! It felt surreal. I know that there are people who like my post online, pero naa pud gyud diay muadto sa mall para magkita mi. When I was their age, I wouldn’t go og mga mall show. Wow gyud!

Do you remember your first quote?
I remember my first meme. It was a picture of a girl and guy. It was a picture of me and my friend. Ako siyang gikarga sa akong shoulders kay she wanted to see the water and laser show sa Singapore. Daghan man gud kaayo ug tawo. Someone took a picture of us. After a while, I create a caption. It said: “Girl: Gikapoy na ka? Boy: Wala man. Girl: Basin gikapoy naka kay munaug nalang ko. Boy: Di man ko kapuyon nimo kay ikaw man akong kusog.” It’s corny and cheesy, but it started from there.

Where do you get inspiration to make these memes and videos?
It’s not just from personal experience, but also the experiences of other people. Twitter is a place for people to rant, and I  note of their ranting. I will make a quote about it para at least naay isa na ni maigo sa akong quote para nay mu-retweet! (Laughs) It’s an advocacy to promote Bisaya— because Bisaya is not corny, it’s not cheap. It’s a language na you can be proud na gamiton.

Such a quote is surely based on personal experience!
Hmmmm. 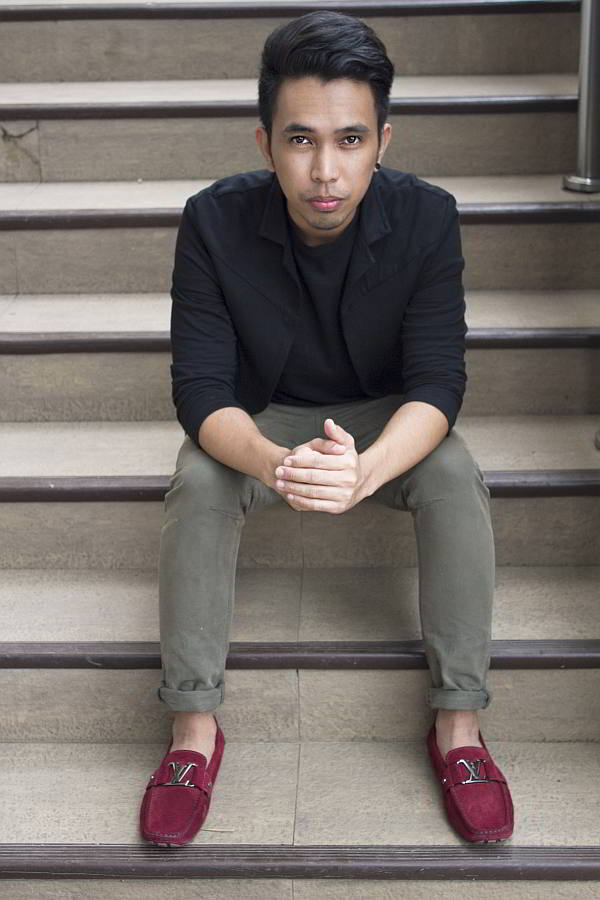 Are you single?
On a long-distance…
We choose not to be in a relationship para kung mag-meet na mi when the time comes, mao na dayon to. She’s in the States. She was my ex-girlfriend and nagbuwag mi kay long distance lagi. Nagka-uyab siya then nagbuwag. Nagbalik mi og communicate so we chose na dili lang sad magkakami kay magbalik unya mi then mabulag.

So is that one of your “hugots”?
Oo, that’s where some of my hugots come from.

You also posted memes with Senyora Santibañez.
Actually, friends mi ni Senyora in real life. We even got to see each other in this trip. Senyora is complaining na dili siya kasabot kay Bisaya! Senyora is really a good person. Shy pud sya. My friend introduced me to Senyora. I said “Wow!” I like Senyora so much she is so witty and pala-away! We also got to meet in Kadayawan in Davao one time.

What got you to create memes with Senyora?
Wala lang. Wala man koy magamit na characters.

I used her! (Laughs) The  expressions on her face, grabe kamaldita gyud. It’s  nice to make a story with those expressions.

How much time do you spend on your posts?
It depends. For memes, around 10 minutes. The videos though would take a while. I shoot, I edit, and then I add captions.

Do you have a team helping you?
Just my monopod. Wala man koy friends— alone. (Laughs) 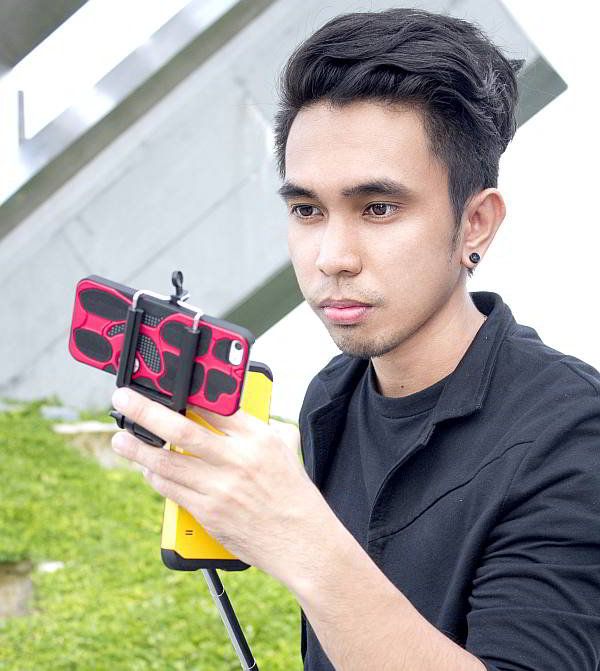 How come?
All my friends  in Singapore are busy! Rare ra kaayo na mag-meet among schedule. On my rest day, I’m just alone.

What do you do in Singapore?
I am a manager of a Japanese restaurant.

Why Singapore?
I wanted to go there because my OJT in Singapore did not push through. I told myself that after I graduate, I am going to work there. I came to Cebu to work and save money. When I’ve had enough, I went to Singapore.

You’re an HRM graduate?
Business Administration from Bukidnon State University. I’m from Bukidnon. Back then, we had a field trip here in Cebu and visited call centers. I said, “Wow, I want to work here!” I started in ePerformax, then Convergys, and then Singapore.

Do you keep track of your memes? Like dates and frequency?
No, It’s just saved on Facebook. Before I would really post, like once or twice a day. But after having a lot and a good following, I started working on quality over quantity. I’d rather have funny and better memes, than have  than a lot of them but they’re boring.

Are you not afraid that at some point, you’d run out of ideas?
No. There are instances like when you’re in the shower and an idea comes. I just list them down on my notepad. When I have nothing to do, I pick on what I want to post.

At what point did it dawn on you that you are already famous?
I’m not sikat, daghan nalang ko og friends. (Grins). I think it’s during the Kadawayan sa Davao event. Puno gyud sya! Amazing! I hear them scream my name! It’s overwhelming! Wow! But it doesn’t change anything. Mao ra gihapon ko, overwhelming lang.

How come you’re still using your personal account, rather than creating an FB page, especially with your following?
I wanted to make a page but if I convert my personal account to a page, mawala man gud tanan. So di lang. Pwede man sad mag-start ug new page but kapoy man.
Ma-reach man gihapon nako sila bisan dili ko page. 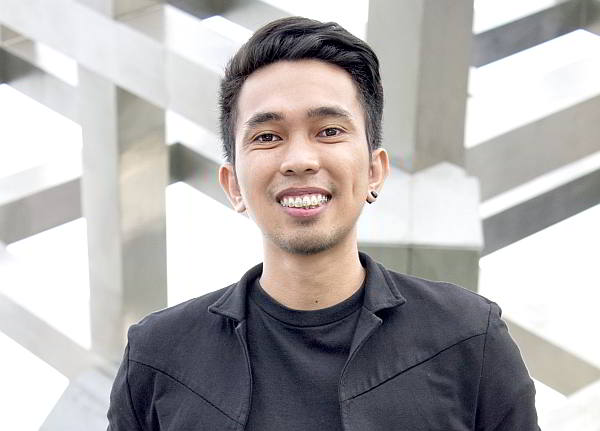 Don’t you find it difficult to think in Bisaya while being in Singapore,where everyone talks in English or Chinese?
Dili ra man. I always talk to my family and friends in Bisaya in person or online. So okay ra.

Is Inday part of the evolution to make your post more interesting or was it just simply out of boredom?
Inday started when I was thinking on what the qualities are of a viral video. I noticed that some are compilations like dubsmash are funny. So why not make a compilation of my quotes, mga hugot, mga tweets, taas-taas but not too long that people get bored. I started with Inday Hugot and Boy Banat, banat and hugot together. First post, I got like 100,000 likes in about two days. There was good response. So I continued. Inday got me from around 110,000 followers to about 190,000 followers in a span of weeks. I plan to continue to make twists to make it interesting. Medyo Maldito will not bully Inday Hugot.

So no more Boy Banat?
Yup, because I have so many names already. One time in the airport when I was about to buy a SIM card, someone asked me, “Oi, ikaw man to si Boy Banat! Aha imong kauban?” Nagkatawa gyud ko kay abi nila na si Inday is completely different person! Naay mga comments who were shocked to find out that ako ra diay gihapon si Inday.

Do you find any motivation to continue when this doesn’t really give you any financial rewards?
When I first started this, I wasn’t thinking about money. I was just thinking of making people laugh, making people happy. It’s amazing! It really makes me happy to make people laugh. There is really no money in this.

Yes, it was really a compilation of the quotes. It came about when Sir Jude (Gitamondoc, a very multi-awarded song writer) messaged me that he was from VISPOP and wanted to make a collaboration with me to create a song and use it for VISPOP. I said, “What?!?!” Wala ra ba ko naka-try ug himo ug kanta ever since. He said to just use my tweets, use my quotes make sure to rhyme it so it’s easy on the melody. I asked him what his concept was, he said he wants to quote “Nagselos ko, away pagbuot” with the word “Ha-ha-hasula.” I search Jude Gitamondoc online and I saw na iyang mga artist kay mga Jed Madela. Wow! The next day, I wrote a song gyud, compiling all my tweets and words na nindot. Akong gipabasa sa iyaha, I was so scared. He said na “Lingkuran ko ni!” kay payter daw na kanta. We are currently shooting the music video.

When talking to your family and friends, do the Medyo Maldito lines come out?
Normally dili gyud but my friends would laugh at me.

Inday Hugot has a signature expression—“Aaahhhhh.” When that expression comes out of my mouth, they would ask me kung unsa akong hugot! (Laughs) 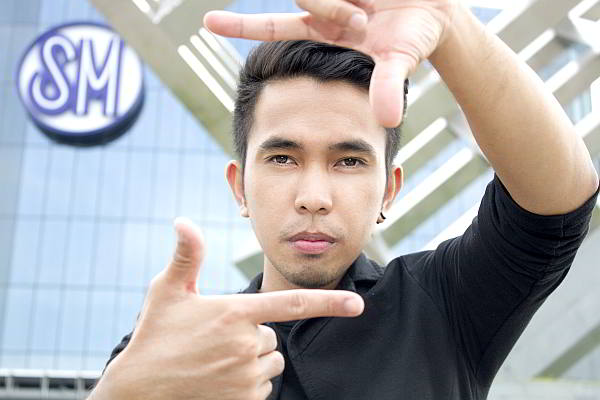 Ideal date?
Ganahan ko og beach, picnic sa beach, stargazing, setting up a bed at the back of a pick-up truck and stargazing, perhaps a bonfire…