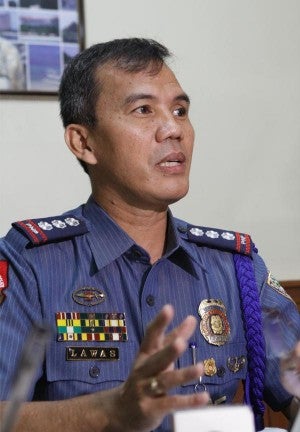 Police in Central Visayas are strengthening maritime security in the islands of Bohol, Negros Oriental, Siquijor and Cebu for the new set of Asia-Pacific Economic Cooperation (APEC) meetings scheduled next month.

The security measure is in reaction to the recent abduction of three foreigners and a Filipina in a luxury island resort in Samal Island.

Supt. Rey Lyndon Lawas, spokesperson of Task Force APEC, said security preparations have started among the police officers who will be deployed for the APEC meetings scheduled on Oct 8-14.

In a press briefing yesterday, Lawas admitted that threats of kidnapping surfaced even before the start of APEC meetings last September.

Because of the threats,  naval assets were put to work while several resorts in the region were put on alert for the possible arrival of criminal groups.

“We received information last September while the APEC is still ongoing that a kidnap group is now in Negros Oriental or nearby provinces. We deployed our sea assets immediately that would protect the area in Central Visayas,” said Lawas.

He said the Coast Guard is securing the seawaters of Central Visayas while sea assets were deployed in strategic areas.

“The provincial directors were directed to coordinate with resort owners on strengthening the security and likewise expand their network monitoring off the seawaters and to also organize the fisherfolk,” said Lawas.

“So far, we have not received any threat but we have already directed all commanders to be always on alert for any eventuality,” Lawas added.