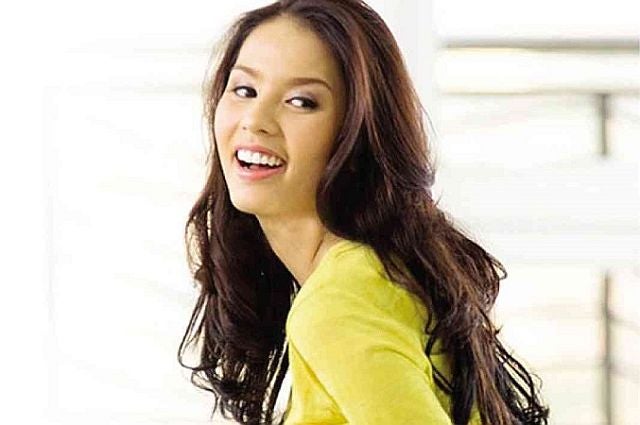 A TV actress and a manager will face trial for libel in Cebu City for a “malicious”  photo with comments posted  and reposted in Instagram.

Neri Naig Miranda of ABS-CBN’s Star Magic and Star Magic road manager Danilyn Nunga were indicted by the Cebu City Prosecutor’s Office for  putting online a photo of  two people who were falsely portrayed  as bogus sellers of a camera.

Miranda stars in the afternoon TV series “All of Me”  and is the wife of Parokya ni Edgar rock band vocalist Chito Miranda.

She and the manager Nunga  were charged with violation of Republic Act 10175 or the Cybercrime Prevention Act of 2012.

The prosecutor said Nunga was “reckless”  in  posting a photo of the complainant Clarence S. Taguiam and his friend Donna Marie Go on Instagram.

In the post last April 30, Nunga said she  bought a GoPro Hero3 Action camera but failed to get it despite having paid P7,500.

The message was reposted by Miranda, the actress. She was held equally liable because she didn’t bother to verify if the message was truthful.

Bail was recommended at P10,000 for each accused.

Instagram is an online mobile and social networking service that allows users to take photos and videos and share them on various platforms.

At the time the photo and comment was posted,  the complainant was in China with his father on a business trip.   His friend Donna was in Manila for her training as a licensed pharmacist.

Taguiam, who learned of the false post, denied ever selling a camera.

He and his friend tried to get in touch with the accused by sending online messages.

His lawyer finally wrote the TV actress and manager, asking them to remove the defamatory post and issue a public apology. The letter was sent to ABS-CBN Corporation in Quezon City.

There was no public apology or statement issued to clear the name of Taguiam or his friend.

Neither did the accused submit any counter-affidavit to the Prosecutor’s Office.

While the Instagram post was not vulgar, Assistant Prosecutor Ruso Zaragoza said it still insinuated that a fraudulent deal was made.

“This insinuation could have been explained by respondents (Miranda and Nunga) if they just bothered to answer the allegations of complainant in this instant complaint. But since they chose to be silent, they are presumed to have malice in posting those messages,” said the prosecutor.

“It is definitely unfair to publish a picture of a particular person and his/her identity in the Internet or social media without first verifying the person alluded to as the same person whom he/she dealt with,” he added.

The resolution was approved by Acting Cebu City Prosecutor Ma. Luisa Ratilla for elevating the case to the court for criminal trial.

Read Next
Water problem exists, drought or not