NO ‘TANIM BALA’ IN MACTAN

Cebu airport officials assure there’s no syndicate  but 100 bullets a month are seized from passengers as amulets, souvenirs

There’s no need to fear finding bullets planted in your luggage in the Mactan  Cebu International Airport, the general manager said yesterday.

No complaint of extortion through “laglag bala” has ever been filed there, said MCIA general manager Nigel Paul Villarete. 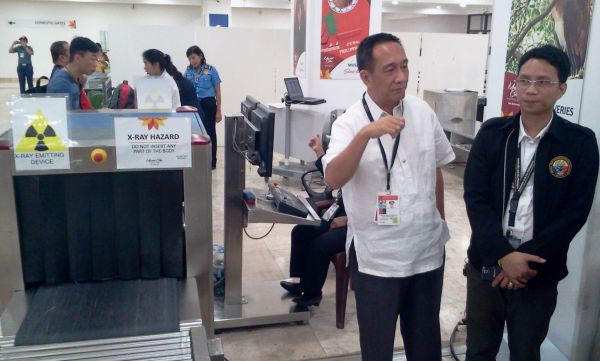 However, contrary to public notions, he said, it’s not unusual for some passengers to bring bullets, mostly as amulets and souvenirs.

Based on records of the Office of Transportation Security, an average of 100 bullets are are confiscated each month and even in previous years, at the  Mactan airport, he said.

“People may ask why people bring bullets to the airport knowing that these are prohibited, but the truth is, these are bullets that were converted into amulets and key chains while others were brought by military men who were unaware that they packed them in their bags,” Villarete said.

He showed a pile of interception receipts and confiscated evidence at a press conference held amidst a raging controversy over a  “tanim bala” (bullet-planting) scam that has victimized countless passengers at the Ninoy Aquino International Airport (NAIA), one that some victims say has been going on for years.

Complaints  in the Manila airport dramatically surfaced in recent weeks,   putting the heat on the Palace which called them “isolated cases” and stirring adverse international attention.

“We made sure that there is no syndicate of “tanim bala” here at MCIA,” said Villarete yesterday. 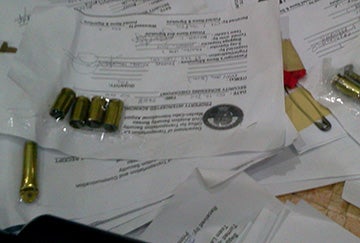 Bullets converted to amulets, key chains and souvenirs are just confiscated, and can be reclaimed by the passenger once he or she signs an interception receipt that will be issued, said Senior Supt. Joselito Salido of the Aviation Security Unit.

What is prohibited is illegal possession of live bullets, he said.

He said authorities filed one  case of violation of Republic Act 10591 last year and one this year against Filipino passengers.

Most of the sezied bullets are souvenirs or empty shells that didn’t contain gunpowder.

What is prohibited is illegal possession of a live bullet, said Senior Supt. Joselito Salido of the Aviation Security Unit.

Those found carrying it without documents face charges of violating Republic Act 10591 or the Comprehensive Firearms and Ammunitions Law.

Mactan airport, the second busiest in the country, serves over 1,000 commercial flights a day.  Last year, nearly 7 milllion domestic and international passengers passed through the airport, whose terminal, built for 4.5 million passengers, is being expanded under a P17.5-billion upgrading project through new airport operator GMR-Megawide Cebu Airport Corp.

Villarete said the issue is not the presence and confiscation of bullets per se but the extortion by scammers who plant the bullets in luggage of unsuspecting passengers.

Villarete said data from  OTS showed that in 2014  authorities in Mactan confiscated 1,386  bullet amulets  and empty shells and 297  live bullets.  That makes an average of 140 bullets a month.

From January to October this year, they seized 1,044 bullet amulets and empty shells and 219 live   bullets or an estimated 105 contraband a month.

Bullets converted to amulets, key chains and souvenirs are just confiscated, and can be reclaimed by the passenger once he or she signs an interception receipt that will be issued, said Salido.

Copies of the receipt will be kept by the OTS and the Aviation Security Unit 7.

Villarete said they are more strict  with  airport employees than passengers.

He said airport employees are screened every time they enter the building at a separate screening area.

Villarete said not one passenger complained of being extorted by airport personnel for allegedly bringing prohibited items like bullets.

Jemar Nietes, OTS chief, said he and staff were demoralized by the controversy and resulting public outrage over the scam, but  continue to do their job.

“Daghan magyawyaw namo karon tungod anang tanim-bala pero focus lang gyud mi sa among trabaho (Many are criticizing us now due to bullet-planting incidents, but we just focus on our jobs),” Nietes said.

He said they have a “no contact policy” at the screening area. This means a passenger will carry his or her bags to the X-ray machine.

If something suspicious is found in their bags, the OTS officer will detain the passenger, take a picture of the video screen where a suspicious item is detected,  call the police and let the passenger themselves open the bag.

Passengers  also have to pass through another screening with two X-ray machines before reaching the boarding area.

Read Next
No guidelines, no charges against butane outlet owner