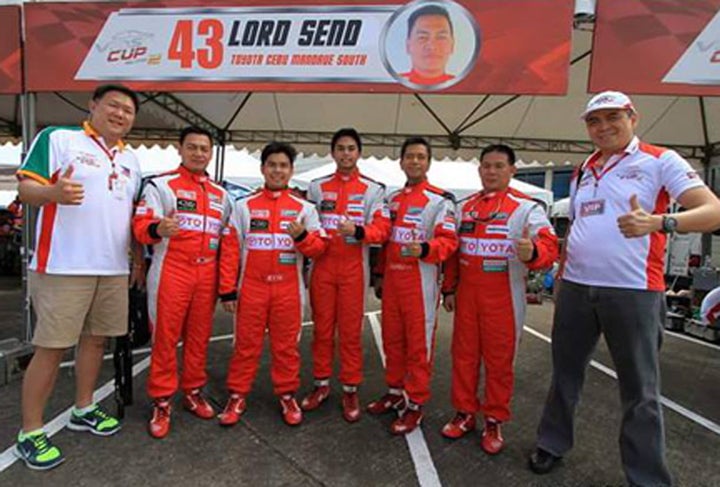 The future looks bright for Cebu racing as veteran multi-titled racer Lord Seno and the rest of Toyota Team Cebu put up impressive performances in the final leg of the Toyota Vios Cup Season 2 at the Subic Bay International Airport last Nov. 28 and 29.
Though the official results have yet to be released by the Automobile Association of the Philippines, the country’s governing body for four-wheel motorsports, and Toyota Racing Development because of numerous protests that were lodged by different competitors, Seno told Cebu Daily News that his victory in the Promotional Class is in the clear.

Seno, a legend in Cebu motorsports, also said that with the total points from the four-leg series, he is confident that he will finish in second or third place overall.

It was a well-earned victory in Subic for the veteran racer who had to make on-the-fly adjustments and overtake eight racers ahead of him before taking the checkered flag in Race 2.

“During the qualifying race, I really was there to help out my teammates with regards to pace. But I ended up with a qualifying time that was for the Sporting class instead. So I had to actually adjust my pace to go back down to the Promotional place and ended up in 10th,” Seno said of his treacherous road to the top place.

GETTING READY
FOR SEASON 3

Seno was also happy with the performances of his teammates, Jette Calderon and Sean Velasco who placed in sixth and ninth place, respectively.  Oscar Suarez finished fourth in the Promotional Class while Bobby Pangilinan qualified in seventh but did not finish due to a fanbelt that snapped.

Seno already has set high goals for both himself and the rest of his squad for next season. For one, Seno admitted to wanting to race in the elite Sporting class.

“We’ll work to get Jette (Calderon) and Sean (Velasco) into the top five,” he said.