“Hinaot unta nga lamdagan siya sa Kahitas-an ug mosulti na siya sa kamatuoran (I am hoping he will be enlightened and that he will confess the truth),” the vice mayor said during a press conference in the Vice Mayor’s League office at the Capitol yesterday. 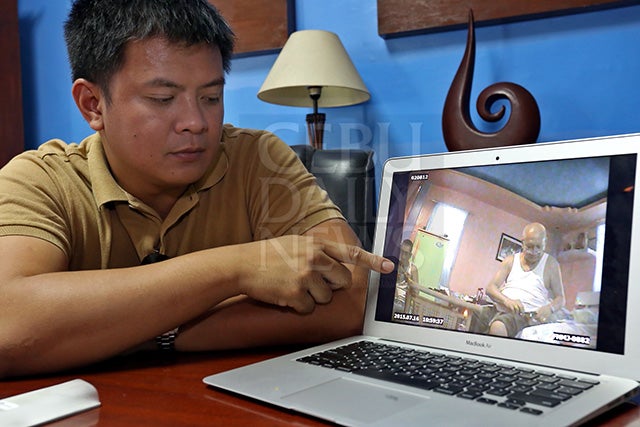 Gica tagged Garcia as the mastermind behind the foiled “ambush.”

“I will say it again, Mayor Nelson. I am asking for your help. You being the local chief executive, let’s not involve politics in this,” said Gica.

The mayor, who’s long-standing feud with Gica is well known, accused Gica of staging the strafing just to gain the sympathy of Dumanjug residents.

Gica is running for mayor against Garcia under the LP banner in next year’s elections.

Dumanjug police said their investigation is still ongoing and cannot be rushed.

“We will not do this investigation hastily. We still have to dig deeper,” said Senior Inspector Arvi Arbuius, Dumanjug police chief.

A cellphone recovered from one of three men arrested after the strafing indicated that he was aware of the attack.

One of the suspects still at large, Nilo Quirante, is a former policeman who went absent without leave and was discharged after he got involved in illegal drugs. He remains on the police watchlist of suspected drug operators.

Gica accused Quirante of being responsible for the shooting. and was under the protection of Mayor Garcia.

When Gica was acting mayor earlier this month, he placed Quirante under surveillance.A buy-bust operation in August led to Quirante’s arrest.

The Commission on Elections (Comelec) is still waiting for the result of police investigation to weight whether Dumanjug should be placed on its watchlist.

Read Next
Fame is a possessive demon