Not ready for integration? It’s your fault – economist 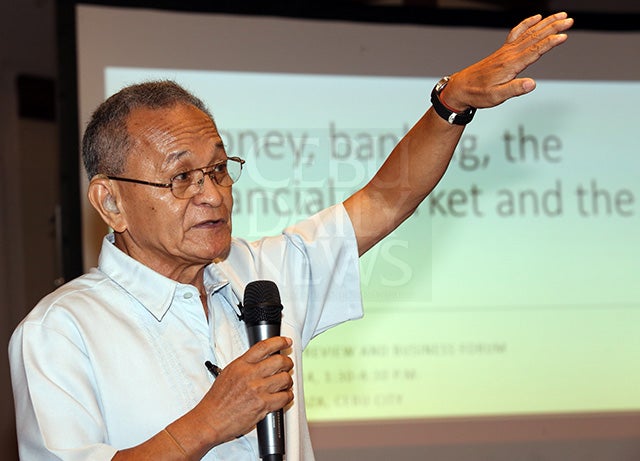 If businesses in the Philippines are still not ready for the stiffer competition under a regional integrated economy, it’s nobody else’s fault but their own, an economist said.

Economist Fernando “Perry” Fajardo said most Philippine businesses are not willing to have competition due to fear of “dying out.”

“The question here is: when are we going to be ready? In the 60s and 70s, our neighbors were ready to conquer the world despite the competitors outside. Now that it’s 2015, we’re still not ready? It’s no longer the fault of your competitors if you lose to them. It’s your fault,” Fajardo said in an interview with reporters.

Instead of viewing competition negatively, Fajardo said the businessmen should welcome competition as a challenge to improve the quality of their products and lower their costs.

So long as businesses have products that are good quality-wise and cost efficient, they should have no problem competing with other businesses, Fajardo added.

Aside from looking at cost efficiency and product quality, businesses should begin moving from producing for the consumer industry to manufacturing in the medium to high capital industries.

He noted that the Philippines is still dependent on machines made outside — even simple machineries.

“Our technology is lacking. Kinamot pa tanan (Everything is done by hand). We lack machine work. Most of our industries are consumer industries. We produce for consumption. What we lack is to go into manufacturing of intermediate goods. We are importing tools from China and Korea. Why are we not making them? Then later we can move to high capital industries like making tractors or large machineries,” Fajardo said.

He also noted that businesses that produce only for the domestic market will have a harder time competing than those that are already exporters and global traders.

“If you only depend on the domestic market, again that is your fault because this is now a global economy,” he said.

Philippine businesses, however, seem afraid to compete in the global market unlike their counterparts in other countries.

“You don’t have to be big to conquer the world,” Fajardo said.

“Most businesses in Europe are small-scale. In Italy, village industries market globally,” he added.

Nelia V. F. Navarro, Department of Trade and Industry (DTI) Cebu provincial director, said micro, small and medium enterprises (MSMEs) that have not ventured into exports will have bigger challenges under an integrated economy.

“To me, the AEC (Asean Economic Community) outlooks are both positive and negative. Positive because the market is big, with an estimated 630 million people in the Asian region. Negative if you’re not ready for competition and if you’re not productive enough or if your price points are not competitive,” she said.

In general, however, Navarro said Cebu is ready for integration.

“Cebuanos have always traded with other people. They are used to doing that. So Cebu, compared to other parts of the country, is very much ready for the challenges the integration will bring,” she said.

Leaders of the Association of Southeast Asian Nations (Asean) has declared the creation of the Asean Economic Community, which will become a legal entity on December 31.

Under an AEC, there will be free intra-regional movement of people, goods and services with the removal of tariff barriers and visa restrictions.

Read Next
Family of weavers aims for bigger market