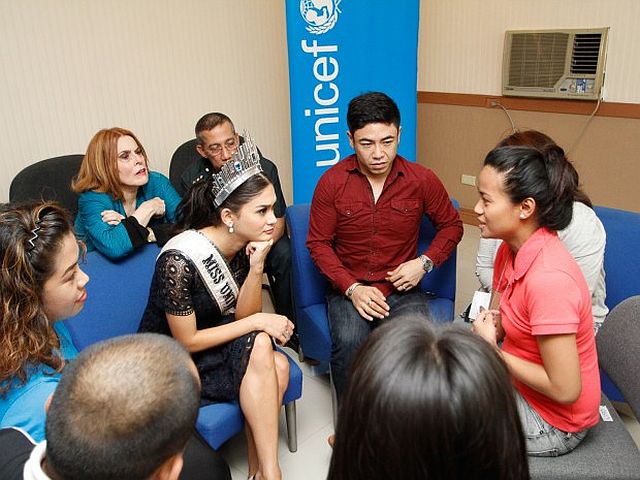 IT was an “unusual” advocacy to pick, but when asked why she deserved to be the Miss Universe crown, Miss Philippines said she wanted to advocate for human immunodeficiency virus (HIV) prevention and awareness.

Starting off in her home country, reigning Miss Universe Pia Alonzo Wurtzbach started walking the talk, more than a month after the controversial pageant in Las Vegas, Nevada, USA.

Wurtzbach on Wednesday met with people living with HIV and advocates during her visit at the Armed Forces of the Philippines Medical Center in Quezon City.

In an intimate encounter and dialogue, the 26-year-old beauty queen listened to the stories of young people afflicted with the virus and learned about the experiences of young people who champion HIV response in various parts of the country.

“I was able to talk to some wounded soldiers and also with people who are afflicted with HIV/AIDS. Hopefully next time, I’ll spend more time with them. But I was able to do a lot,” Wurtzbach told reporters in an ambush interview.

The country’s third Miss Universe title-holder hoped that though facilitating dialogues about the “hidden epidemic” that hits the country, the stigma on the people living with HIV/AIDS will be removed.