Some Mandaue-Lapu tours cancelled due to congestion 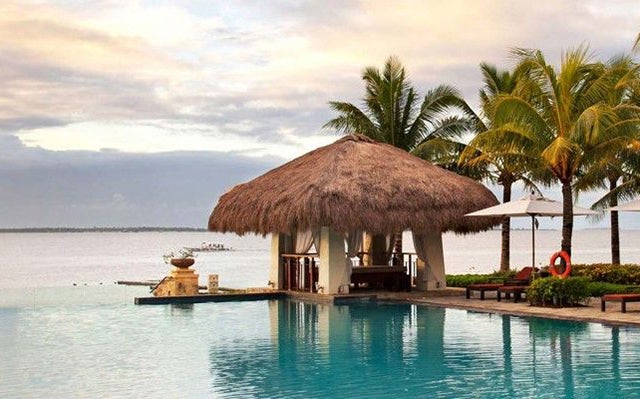 The relaxing view of the sea and sky is one of the attractions of a resort in Lapu-Lapu City. (CRIMSONHOTEL.COM)

Some local tourists have cancelled plans to tour Mandaue City and Mactan Island because of the traffic congestion, especially on the two bridges, a tour operator said.

“This is something that we need to look into because sooner or later, we will find out that the number of tourists coming into Cebu will have decreased,” he said.

Mendoza said the “Twin City Tour” is most affected because it spans Mandaue and Mactan, whose streets are heavily congested because of road improvements in Mandaue and the repair of the first Mandaue-Mactan Bridge.

Tourists staying in Mactan who have booked tours in Bohol have also cancelled these, Mendoza said.

He did not have an estimate of the number of tourists affected, but noted that tour operators in Cebu conduct 10 to 15 “Twin City Tours” daily. Each tour requires at least two tourists, but could also involve a bus-load of tourists.

Mendoza mentioned this in a briefing held Wednesday by the Department of Public Works and Highways (DPWH) to show the tourism sector’s growing apprehension about the impact of the traffic congestion on the industry.

Mendoza said February to May are considered peak months for tourism.

Travel agency Southwind Travel and Tours, Inc. reported no cancellation of trips on Tuesday, but managing director Alice Queblatin said they had to begin the tour early in the morning so as not to get stuck in traffic.

She hoped a fixed schedule of repairs will be disseminated properly by DPWH.

“If we know that it (bridge) will be closed, then we need a three-hour thing on the road. We will be adaptable,” she said.

She added that they are anticipating a Monday implementation of alternate routes, bar any other complications.

“In all honesty, people are complaining, whether you’re a tourist or not. This is worse for tourists because tourists live by itineraries. They sit in a bus or shuttle for almost three hours,” Queblatin said.

Shuttle services from resorts on the Mactan Island have also been affected by the traffic, causing resorts to worry about how to transport their guests to and from the mainland.

“Tuesday afternoon was the real dry run for traffic. Work started on Monday, but since it was a holiday, not so much traffic was experienced. In the afternoon on the bridge, there was bumper-to-bumper traffic. We’re already starting to get worried about what will happen when the first bridge (Mactan-Mandaue Bridge) closes,”  said Crimson Resort and Spa general manager Kristoffer Quadros.

Crimson already reduced its round trip shuttle service from four trips to three trips last Tuesday, due to the traffic. Quadros said that when the bridge closes, they are looking at maybe reducing shuttle trips to just two trips a day.

Read Next
One dies, two injured in road mishap off Marcelo Fernan Bridge