At least in their last two games, the Alaska Aces showed that they have already recovered from a devastating Philippine Cup campaign.

The Aces shoot for a third straight victory when they collide with the Phoenix Fuel Masters in today’s main game of the 41st PBA Commissioner’s Cup at the Araneta Coliseum.

The Aces, who suffered a humiliating defeat in the Philippine Cup Finals where they squandered a 3-0 series lead to yield the crown to the San Miguel Beermen, started the conference on the wrong foot and lost to the Blackwater Elite, 101-107.

Alaska played without an import in that loss as former Best Import awardee Rob Dozier sat out with a foot injury. 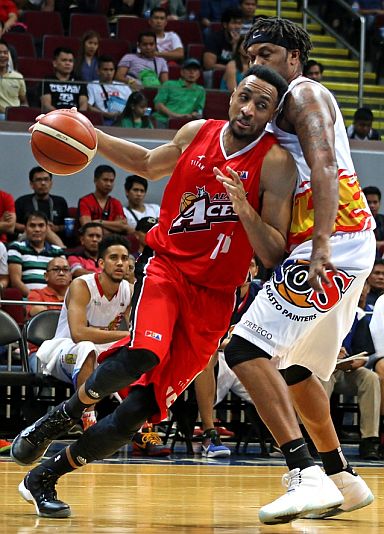 Alaska then brought in Shane Edwards to temporarily replace Dozier and the Aces are still unbeaten with the former Cleveland Cavalier in tow.

Calvin Abueva, the reigning Player of the Week winner, was superb in that 26-point blowout as the player known as “The Beast” finished with 25 points.

Edwards and Abueva will certainly be a big thorn on the side of Phoenix, which will try to snap a two-game slide.

The Fuel Masters dropped two straight games after starting the tournament with a 118-106 win over the NLEX Road Warriors.

In the first game, the Road Warriors look to avoid a second straight defeat when they play the skidding Rain or Shine Elasto Painters.