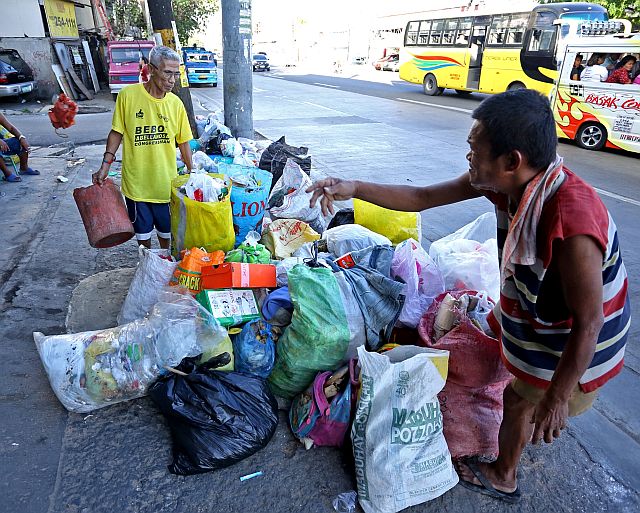 This is the image the city government wants to project as it prepares to host another international boxing event.

Mayor Michael Rama yesterday announced that City Hall will take over garbage collection in lowland barangays in the city, which, for now, is the responsibility of the barangay.

“It is incumbent that we will have to be expanding the issue about garbage. The lowland, with the barangay captains being aware on how it should be operational, will now be attended absolutely and generally by DPS,” Rama said.

The mayor yesterday met with the barangay captains of the lowland villages, the Department of Public Service (DPS) and department heads to discuss the details of how the garbage would be collected.

He said this is  part of the city’s preparations for the April 23 Donaire-Bedak fight which will be held in Cebu City. He said he expects a huge turnout for the event and even 9 days before the match because of  minor boxing bouts scheduled.

No garbage in streets

Rama emphasized that there should be no uncollected garbage in the streets. The city-owned garbage trucks assigned to the 50 lowland barangays will be taken back and it will now be the DPS that will deploy these trucks using the drivers and pay-loaders employed by the city government.

DPS chief Engr. Dionisio Gualiza said drivers and loaders from the different barangays will now be required to record their time in and time out with the DPS.

“There will be a uniform time for collection every morning. It will start at 4 a.m. for both the north and south districts. There will also be two dispatching areas,” he said.

The dispatching area for barangays in the north district will be at the Septage Treatment Plant (STP) at the North Reclamation Area. For the south district, it will be at the DPS Compound at the South Road Properties (SRP).

Gualiza said based on their initial inventory, there are close to 60 garbage trucks that can be used. These are mostly 10-wheeler trucks and bigger than most of the garbage trucks in the barangays.

Because of the bigger size, these trucks can immediately dispose  collected garbage straight to the private landfill in Consolacion town without fear that the trucks will get damaged because of rough roads and the long trip to the landfill.

Late last February, Rama ordered the takeover of garbage collection  in Barangays Guadalupe, Labangon, and Tejero after he personally saw piles of uncollected garbage in the barangays’ streets.

During yesterday’s meeting, the barangay captains and other barangay officials, DPS personnel and other city hall officials signed a manifesto agreeing to the city’s takeover of garbage collection and disposal.

The document, which was in Cebuano, listed several problems and concerns from the different barangays, including the lack of budget to pay for a waste transfer station for the south district, poor maintenance of trucks by the barangays, ineffective collection in the barangays and lack of discipline of some residents, drivers and collectors.

It also pointed out that under Republic Act 9003 or the Solid Waste Management Act, it is the barangay’s primary responsibility to ensure proper garbage segregation, collection and disposal in their respective areas.

But the law does not prohibit the city from taking over garbage collection if the barangays fail to do so.