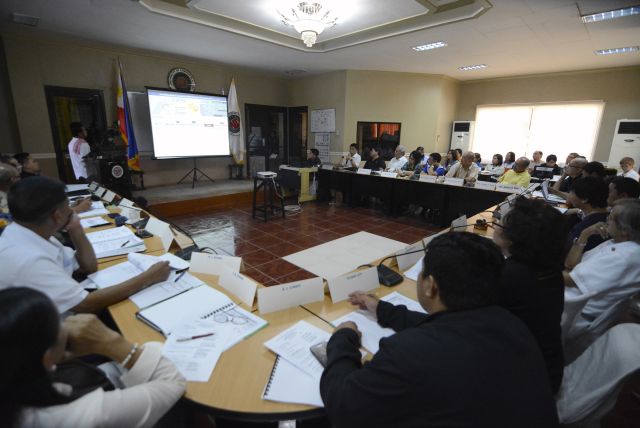 Mega Cebu board endorses list of projects for RDC 7 approval

To help solve the worsening traffic situation in Metro Cebu, the Mega Cebu Development and Coordinating Board (MCDCB) is proposing a master plan that will identify solutions to the problem.

During its first quarterly meeting in Compostela town yesterday, the MCDCB approved a list of proposed projects to be funded by the Department of Public Works and Highways (DPWH) in 2017, including a P150-million feasibility study for an integrated road network master plan for Cebu province.

Engineer Fortunato Sanchez Jr., chairman of the sub-committee on infrastructure and utilities, said the plan is based on the Metro Cebu Land Use and Transportation Study (MCLUTS) implemented in 1980 but terminated in 1995.

“Since then, we have been blind. DPWH can implement whatever road projects they want, but it’s not based on a comprehensive study,” he told reporters.

The MCLUTS was a grant given by the governments of Australia and Japan in the 1970s and was supposed to be implemented from 1980 to 2000.

There were about 25 road widening projects identified under the study, covering only the cities of Cebu, Mandaue, Lapu-Lapu, and Talisay, which were completed.

Sanchez said 18 more would have been implemented if the project wasn’t terminated. He could not recall why it was stopped.

“We probably wouldn’t be having the kind of traffic we have now,” he said.

Sanchez said the plan will help identify Metro Cebu areas that need road widening, improvement of intersections, or bypass roads, outline road-right-of-way (RROW) acquisition, and the conversion of local roads to national roads since present national roads in Metro Cebu can no longer handle the traffic.

DPWH Central Visayas Director Ador Canlas, who was also present during the meeting, welcomed the proposal but expressed his concern regarding the new RROW Law that was signed recently by the President.

“DPWH is very supportive, but some provisions in the new law might have a great impact on the proposed projects for 2017,” he said.

He said acquisition costs will increase by four to five times with 40 percent of the total project cost intended for ROW acquisition.

The proposed list of projects for endorsement to the Regional Development Council in Central Visayas (RDC 7) included the review and updating of the feasibility study and the construction of the Mananga II Dam estimated to cost P5 billion.

Read Next
Bid for study aid endorsed to Japan embassy