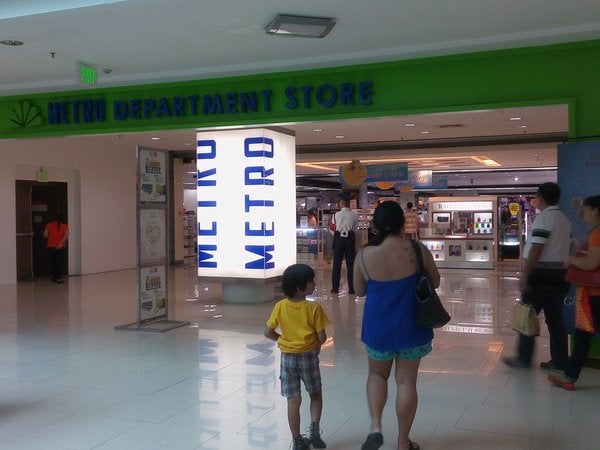 Cebu-based retailer Metro Retail Stores Group, Inc. (MRSGI) has earmarked between P10 billion and P15 billion for capital expenditures in the next five years, including the P1.7 billion to P2 billion set aside for this year and up to P2.5 billion for next year.

The bulk will go to expansions and acquisitions that will double in five years the company’s footprint, estimated at 400,000 square meters as of end-2015, company executives said after the annual stockholders’ meeting here on Friday.

Frank S. Gaisano, chairman and chief executive officer (CEO), said they will continue to open more stores in the Visayas as well as continue to forge alliances with strategic partners and developers in Luzon.

Joseph Conrad M. Balatbat, vice president for business development and investor relations, said their capex for this year and next will be financed by internally generated funds and the remaining balance of the company’s initial public offering (IPO) proceeds.

Of the P3.4-billion net proceeds that the company generated from its stock market debut in November last year, Balatbat said about P1.1 billion has been used up. About P2.3 billion remains.

“Together with internally generated funds this year and next, we would have around P4 billion plus. We’re good for the next two years. On the third year, we’re going to tap the debt market already,” he said in a press conference after the stockholders’ meeting.

As of Friday, Balatbat said the company has secured 160,000 square meters of additional gross floor area (GFA) that either have been opened or will open in the next two-and-a-half years. The 160,000-sq.m. additional GFA includes the two Wellworth facilities that the company acquired as well as the hypermarket that was opened in Calbayog, Samar in February.

For this year, Balatbat said they have committed to shareholders to open 36,000 square meters, but the company is set to top this with the planned opening of stores with a combined floor area of 44,000 square meters.

MRSGI has 48 stores in three retail formats – department store, supermarket and hypermarket. It reported a 20.6-percent growth in 2015, with net sales increasing 13.9 percent to P32.3 billion.

Aside from store expansion, MRSGI is also enhancing its logistics and supply chain modernization program. A leased warehouse facility was recently inaugurated in Cebu to complement its warehouse in Calamba City, Laguna.

Read Next
6 QUALITIES OF A LEADER