These voters prove old age is not a hindrance at all 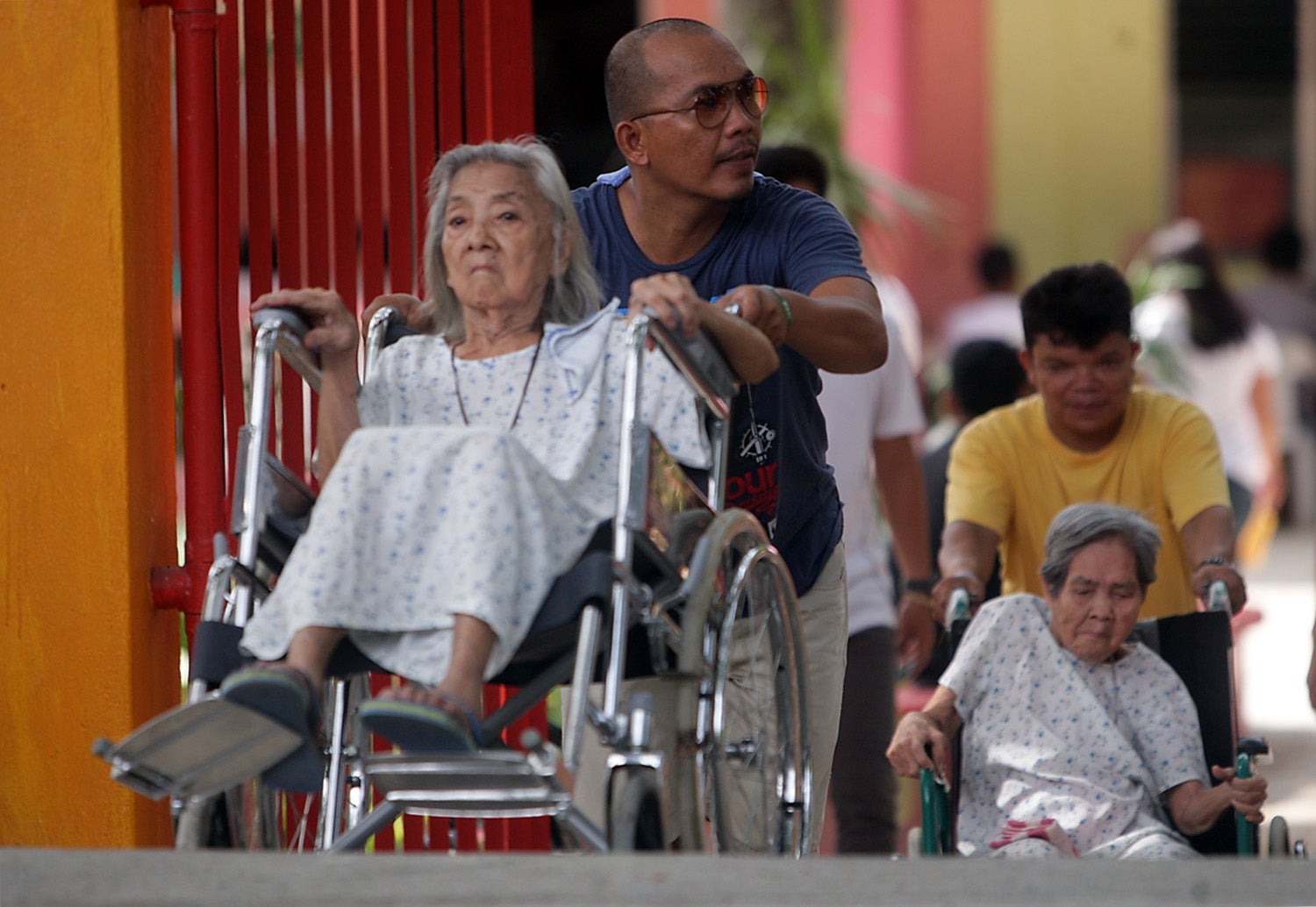 ON A wooden bench across the Guibuangan Elementary School in Barili town in southwest Cebu, six to seven elderly women patiently waited for their turn to cast their votes.

Marie (not her real name), 90, the most bubbly and talkative in the group, was eager for her turn.

She was among the 33 residents of Hospicio de San Jose de Barili who exercised their right to vote yesterday despite old age and various disabilities. The foster care center currently has 45 elderly individuals under its care.

Marie, a native of Carcar City, has hearing problems. But this did not deter her.

Cui said they brought the eligible voters to the polling center by batch on board a van.

Most of them could hardly walk and had to be transported on a wheelchair to cross the street.

She said they have been helping the hospicio’s residents exercise their right of suffrage.

“Most of them come from different places as far as Mindanao. But we processed their papers to transfer their voter’s registration to Barili,” Cui told CDN.

Marie, in an interview, said another thing that she liked about election day is that she is able to go out of the hospicio.

Cui, however, said an elderly is not allowed to roam free unless a relative fetches him or her.

“Dugay na man ko sa hospicio, pero wa man nibisita nako (I have been in the hospicio long. No one has come to visit me),” said Marie.