Revoking sale of SRP lots could have serious legal implications 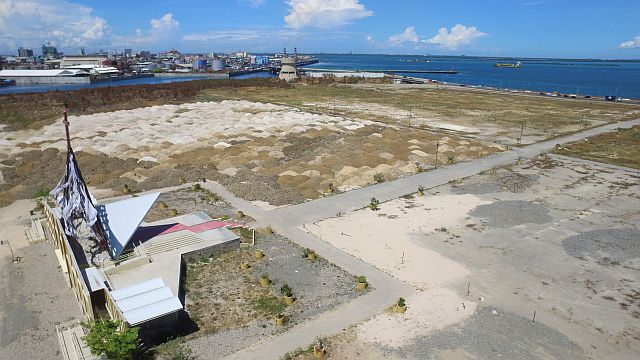 THERE could be serious legal ramifications should Mayor-elect Tomas Osmeña revoke the sale of lots at the South Road Properties (SRP).

Reelected Vice Mayor Edgardo Labella cautioned Osmeña about his plan as he expressed his reservations especially that the Cebu City government had already accepted the P8.3 billion down payment from the winning bidders.

“Team Rama wants it (the sale) pushed through. On the matter of changing the position is a matter that has to be looked into carefully with prudence especially that there could be some legal ramifications. The transactions have been consummated and I have to say we have to look on this with circumspect,” he said.

Osmeña recently announced that among the first things he will do as soon as he assumes office is to block the sale of two SRP lots which were made last year, calling the transaction as “dubious and corrupt.”

The sale of the SRP lots is covered by a Deed of Sale on Installment.

The remaining half of the price shall be paid by the developers in equal annual installments in the next three years.

Based on a document obtained by CDN, the city being the seller can be defaulted if it fails to “timely and properly” comply with its covenants, undertakings and obligations under the Deed, which among others, states that a Deed of Sale and the transfer of the titles of the lots should be made once the payment is completed after three years.

The buyers, on the other hand have certain remedies they can resort to.

“Buyers may, in their sole discretion, automatically consider this Deed as rescinded and upon service of a joint written notice to the effect, the Seller shall immediately return all the payments already made to it by the respective Buyers, with an interest rate of six percent accruing from the respective dates on which the down-payment and the subsequent installments were paid by the Buyers,” the Deed read.

Should Osmeña revoke the sale, then the city is obligated to return all payments made by the buyers with an interest rate of six percent.

The buyers can also take legal action to compel the City to comply with the deed.

Mayor Michael Rama had insisted on the sale of the SRP lots last year and using the revenue to pay for the outstanding balance of the loan used to build the SRP.

(He should not be rash. He should not just come in here. He’s not mayor yet. I’m warning him, he’s not yet mayor. He hasn’t assumed. He even cheated. He’s so thick-skinned.)

Rama said he will meet the Team Rama councilors, who will be dominating the council in the next administration, to discuss their move to thwart Osmeña’s plans.

He also vowed to “stand fighting” with the property giants like the SM-Ayala consortium and Filinvest Land, Inc. on Osmeña’s plan to revoke the sale.

In his press conference yesterday, he reiterated his claim that he was cheated by Osmeña during last Monday’s elections.

He showed reporters folders containing their independent surveys of around 45,000 respondents showing that he was winning over Osmeña by a margin of 11 to 12 percent.

This is why, he said, he couldn’t understand why he would lose, while Labella and the majority of Team Rama councilor-candidates won.

“How can he be authentic? He cannot claim authenticity. When you are a mayor by manipulation, then you are fake. You are not authentic,” he said.

Osmeña won over Rama by more than 30,000 votes based on last Monday’s election results. Rama said those votes should have been his and that it was robbed from him by Osmeña through manipulating the vote counting machines.

Rama said his lawyers are already preparing an election protest.

Read Next
Blasted fish worth P243K seized in Compostela town