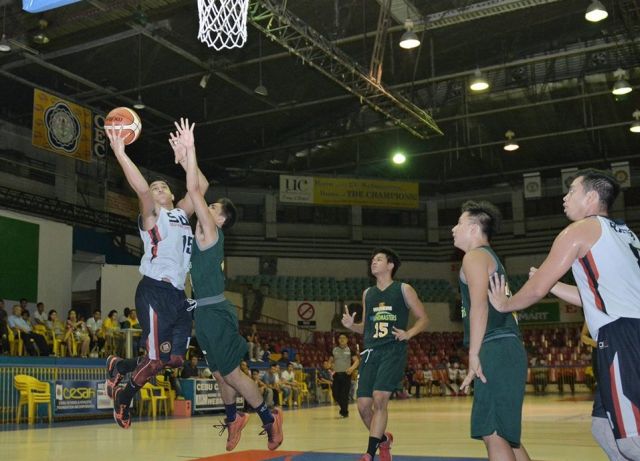 The Phinma-Southwestern University (SWU) Cobras helped complete the semifinal cast as they ousted the Cebu Landmasters-University of San Carlos (USC) Warriors with an 82-76 win at the end of the elimination round of the 8th Cesafi Partner’s Cup last night at the Cebu Coliseum.

Two-time league MVP Mac Tallo exploded for 32 points and seven rebounds capped by several buckets in the clutch that kept the Warriors at bay. Prize rookie Shaquille Imperial added 17 markers while reinforcement, Quintin Nzuzi, controlled the lane with 10 boards in his return to Cebu after playing for the University of San Jose-Recoletos (USJ-R) a few years ago.

SWU trailed by 10 in the first half but turned things around in the third which started with Tallo scoring seven straight points to put the Cobras ahead, 42-40. They pushed their lead to a high of 11, 68-57, but the Warriors crawled to within four, 66-70. However, Jun Luz completed a three-point play and Imperial and Tallo came up with dagger baskets later to complete the win.

The win allowed SWU to finish the round with a 5-1 (win-loss) record, good for the second seed. The unbeaten Worthy-University of the Visayas Green Lancers finished at the top at 6-0 after thumping the Highlands Corned Beef-University of Cebu Webmasters, 78-68.

The Mighty Sports-USJ-R Jaguars ended up as the third seed with a 100-78 demolition of the Tyron Properties-University of Southern Philippines Foundation (USPF) Panthers.

The Jaguars finished with a 4-2 mark.

Lithe guard Jaybie Mantilla led the onslaught with 20 points, 12 rebounds and four assists even as Miguel Gastador chipped in 22. RJ Dinolan also had a stellar outing with 19 points as five Jaguars finished in double-figures.

UC and USC actually ended up tied for fourth at 2-4 but the former grabbed the final seat in the semis after beating the latter, 77-74, in their lone elimination round encounter.

Read Next
Magsayo to train at Wild Card gym