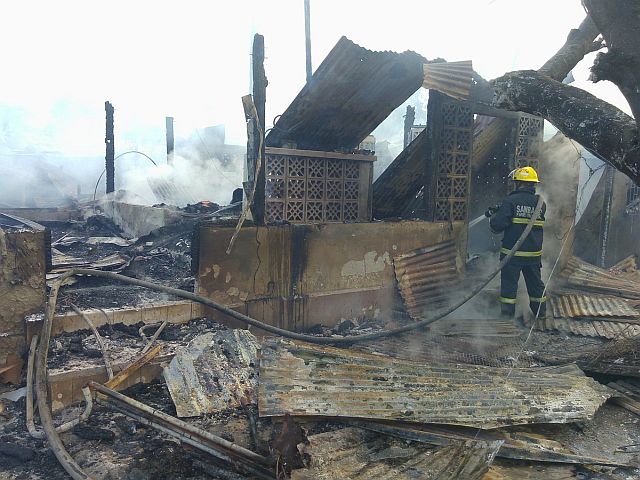 LACK of an access road prevented Talisay City firefighters from immediately putting out a fire which hit an urban poor community in the interior portion of Sitio Nonok in Barangay Tabunok, Talisay City at 3 p.m. Thursday.

Fire Officer Harold Abellanosa said in a radio interview that they have yet to determine the number of households affected by the fire that lasted 36 minutes.

Abellanosa said the fire affected a community located at the back of The Church of Jesus Christ of Latter-day Saints.

Firefighters from the neighboring city of Cebu and Minglanilla town responded to the alarm.