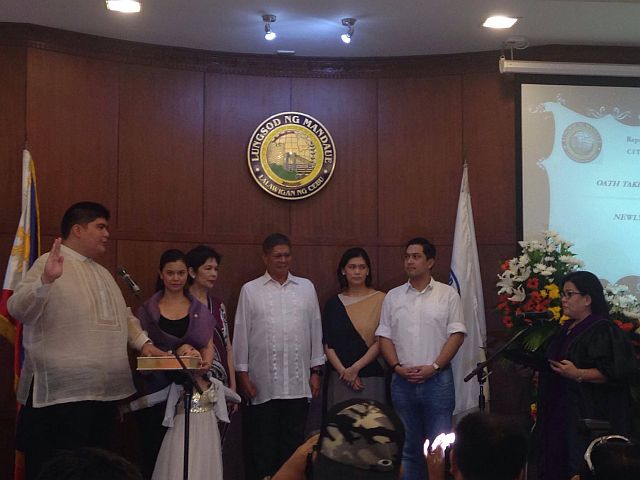 A Mass was held at the St. Joseph Shrine kicked off the ceremony. Relatives and some supporters of the elected officials witnessed the oath taking rites. In his speech Vice Mayor Carlo Fortuna thanked those who voted for them. “The overwhelming mandate that we have received from the Mandauehanons is both humbling and inspiring. It is a statement of trust,” Fortuna said.

Meanwhile, Mandaue City Mayor Luigi Quisumbing said during his press conference that they are going to immediately work on solving some of the city’s key problems.

“Immediately we are going to work on minute one in solving some of the key problems that Mandaue City continues to face. We are looking at solutions to solve traffic problems, waste management and illegal drugs and criminality,” Quisumbing said.