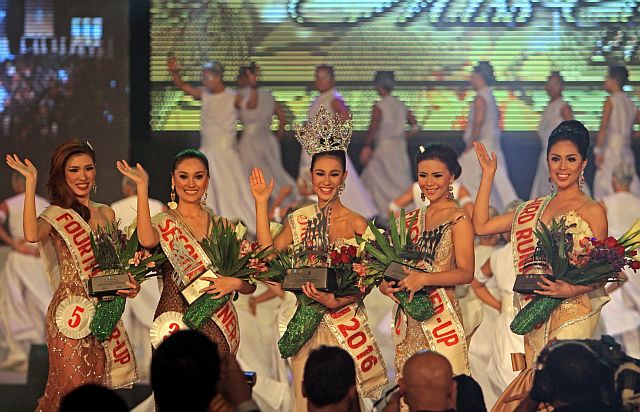 BYE BYE MISS CEBU. This year’s Miss Cebu pageant winners may be the last to join the competition after Cebu City Mayor Tomas Osmeña scrapped it, saying it was both expensive and elitist.
(CDN File Photo)

The annual Miss Cebu contest is the latest “casualty” in the cost-cutting campaign of Cebu City Mayor Tomas Osmeña.

“Ms Cebu will be canceled. Why? (It’s a) waste of money. It’s very elitist. It’s only for the rich,” Osmeña said in a press conference yesterday.
Asked if he was planning a smaller-scale alternative to the pageant, which would be marking its 33rd year in January 2017, he said there were suggestions to have a barangay-based pageant instead.

But Osmeña said a beauty pageant even on a smaller scale would not be one of his priorities in determining how to spend the city’s funds. He said his focus would be how to save money, the reason why decided to cancel the pageant next year.

The city sets aside between P200,000 to P300,000 for the pageant, which also generates funds through ticket sales and sponsorships.

Sought for comment, Sinulog Foundation Inc. (SFI) executive director Ricky Ballesteros said that while Ms Cebu is part of the activities during the Sinulog Festival, it is being handled by the Cebu City Tourism Commission (CCTC).

“It’s already an institution and it’s already part of the Sinulog celebration. Maybe they can make it pang-masa and tone down the pageant,” Ballesteros said.

He said the city used to have a barangay-based pageant, Ms Teen Cebu City, organized by then Councilor Joy Young for 10 years.

In the pageant, each of the city’s 80 barangays were represented and there was an elimination where only 12 finalists were chosen.

“Almost all barangays joined and supported their candidates. Most of the winners even joined Ms Cebu and eventually crowned Ms Cebu,” Ballesteros said.

Aside from the Ms Cebu pageant, Osmeña also questioned several financial transactions in the city made during the administration of former mayor Michael Rama.

He cited the trip of Councilors Dave Tumulak, Richard Osmeña and Hanz Abella to Paris last year to attend a world forum on disaster preparedness and climate change.

“Don’t they have any conscience? What’s their justification? P300,000 for one week in Paris? Where is their liquidation? Many of these people are using the money of the city like it’s an ATM,” he said.

Osmeña also criticized the city’s tax collection efforts, saying it was unchanged since a decade ago.

He also lamented the sale of South Road Properties (SRP) lots by the Rama administration at only P38,000 per square meter.

“This is your money. This is the money of the people. And they just think they own the money. And now they are giving away our land? P38,000? How many generations of our students will not be able to get to college because they throw it away? It took me 20 years to put SRP together,” Osmeña said.