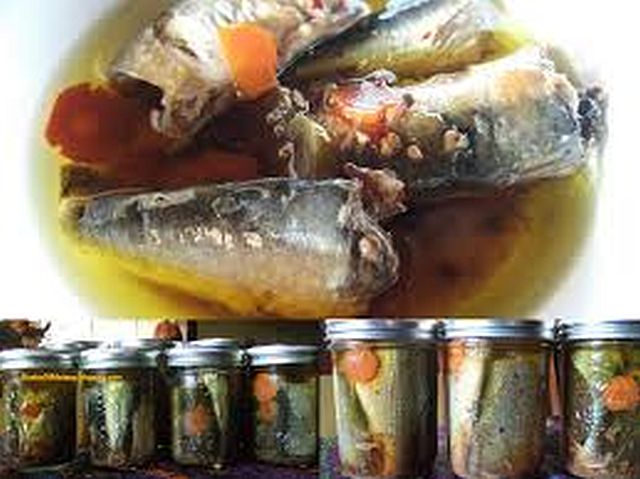 Bangus sardines are being actively made into a thriving business for the wives of fishermen by Mayor Democrito Diamante in Tuburan, a northwest town in Cebu. Grabbed from kusinangblogspot.com

Tuburan town’s fishing and farming sectors are getting a boost from the local government’s thrust to make bangus sardines a town industry and a local coffee chain’s plan to help coffee farmers improve their products and to purchase these coffee beans from them.

Mayor Democrito Diamante said in a recent interview that he was working on starting and sustaining the making of bangus (milkfish) sardines in the town involving fishermen’s wives.

Diamante said this had been his project to help fishermen’s wives earn while their husbands would continue fishing.

“Gusto ko nga tabangan sila aron mahimong (I want to help them become) productive. I want them to earn their own income. Just because they are fishermen’s wives, they don’t have to stay at home and watch their children all day,” Diamante told Cebu Daily News.

Fishing and farming are the major sources of income in Tuburan, which is a second class town in northwest Cebu.

Last April, Mayor Diamante sought help from the Bureau of Fisheries and Aquatic Resources to train at least 20 women from the coastal village of Carmelo.

Diamante said he hopes to organize these women into a cooperative soon.

This project, although not institutionalized yet, has been running in the mayor’s mind for over one year already.

He said he rented a fish cage, one that could accommodate up to 120,000 grown bangus, in the same barangay last year so the project can push through.

Diamante said he wants to seek the help of investors to put up bangus farms in the town so there will be a continuous supply of raw materials for what he called Tuburan’s very own bangus sardines.

“If this gains support from investors, I am very much willing to make an allocation for this project in the municipal budget,” Diamante said.

Coffee bean farmers in the town, meanwhile, may soon have a local coffee shop chain as a buyer of their produce.

In a news report, Bo’s Coffee Creative Director and Brand Head Michelle Lim said they are willing to support and look into the coffee farms in Tuburan and possibly buy their coffee beans produce.

The DTI’s Negosyo Center, several of which have been launched this year including in Dalaguete, Daanbantayan and Santa Fe, among others, is an initiative of the agency to facilitate the ease of doing business especially for small enterprises within its jurisdiction.

“What we want to do is make it easier for business to avail of government services,” DTI Central Visayas Director Asteria Caberte said in an earlier interview.

The DOST, on the other hand, provides science and technology innovations for micro to medium enterprises through its Small Enterprise Technology Upgrading Program (SETUP).

Engineer Edilberto Paradela, DOST Central Visayas director, said the program’s services include packaging and labeling, among others.
Among the priority sectors of SETUP are those engaged in food processing, furniture, gifts, decors and handicraft, health products and pharmaceuticals, and electronics.

But for Luzviminda “Luz” Ligaray, 44, and her family, who have been farmers for as long as she can remember, these developments could only be good if its benefits would spread throughout the community.

Ligaray and her family have been toiling in more than a hectare piece of land in Barangay Mag-atubang, a two hour motorcycle ride from the town proper.

“I am happy about these projects. Hopefully, the farmers and fishermen in the town will be able to earn more and help their families as well,” said Ligaray, whose family’s income come from growing vegetables, corn, and squash that they harvest every three months and sell at the town proper.
Ligaray, when told of the program to help wives of poor fishermen in the town, said she also hoped that the local government could think of ways to help farmers in the area as well.

Read Next
Coaching seminar for MSME traders on Friday