Man who stabbed couple to death in Busay surrenders 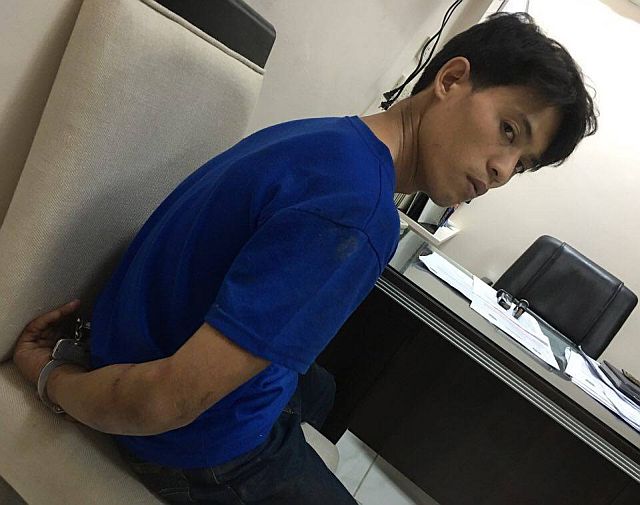 Eduardo Ardiente, 27, stabbed Francisca and Ricardo Cupta to death saying he was tired of the couple’s insinuations tagging him as a drug addict. (CDN PHOTO/TONEE DESPOJO)

Eduardo Ardiente, a suspected drug pusher who killed a couple in a rampage at Barangay Busay, Cebu City on Monday night, surrendered to the Cebu City Police Office (CCPO) past 12 noon Tuesday.

Ardiente, 27, a construction worker, first surrendered to Barangay Busay councilor Renato Caballes and was later turned over by the Barangay authorities to CCPO where he went under preliminary investigation.

Ardiente stabbed Francisca and Ricardo Cupta to death at around 8 p.m. Monday at the couple’s residence at Sitio Lower Maaslom, Barangay Busay.

Ardiente was enraged when the couple listed him as a drug user, which is part of the barangay’s implementation of Oplan Tokhang (Toktok-Hangyo).

Families of the victims also went to CCPO, calling for justice for the death of the couple.

Ardiente said he was encouraged by his family to surrender.

He said that he did the crime as he was tired of the insinuations by the couple tagging him to be a drug addict although he admitted he used drugs once on 2010.

Ardiente will be facing two counts of murder and a count of frustated homicide.

He will be temporarily detained at the CCPO detention cell.