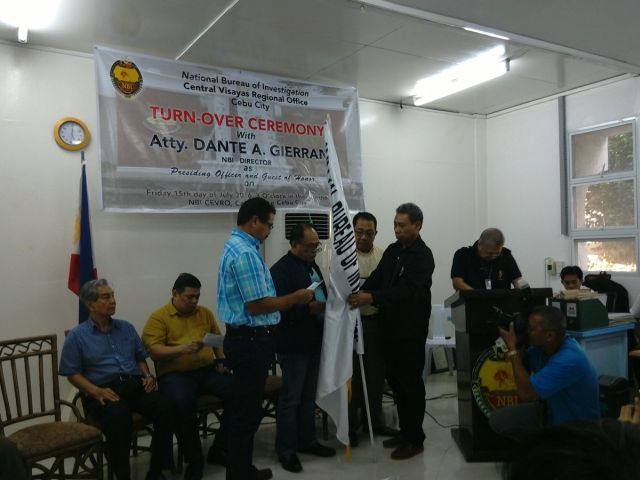 “Let’s have teamwork and let’s stay true to our calling.”

This is what the newly appointed Regional Director of the National Bureau of Investigation in Central Visayas (NBI 7), Patricio S. Bernales said during his turnover rights Friday afternoon at the NBI office in Capitol Site, Cebu City.

Bernales put emphasis in the need to fight criminality in our country, especially illegal drugs and corruption.

Bernales will be replacing Jose Justo Yap Jr., who was NBI 7’s Regional Director for at least five months.

“I have a big shoe to fill in, and it will be difficult.” Bernales, who hails from the CARAGA region, said of Yap’s achievements throughout his stay in Cebu.