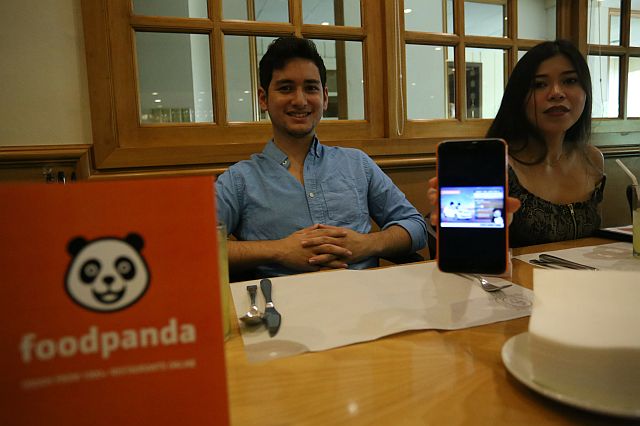 THE online food order and delivery provider Foodpanda seeks to expand its reach to Metro Cebu as it marked its first year anniversary in Cebu yesterday.

“Among our priority market targets now is the business process outsourcing (BPO) sector whose employees often work at night and it would be convenient for them to order out instead of goind out,” said Seby Pelaez, head of business development of Foodpanda.ph.

The company which launched in Singapore in 2012 and headquartered in Berlin, Germany, started its Manila office in June 2014 and expanded to Cebu nearly one year later.

Pelaez said Foodpanda Cebu started with only a few outlets like Chikaan and Fatcow Burger and then expanded to 30 outlets several months later.

Most of its clients consist of office employees, pension house guests and those with no kitchens who prefer to order out. He said their Manila office now services 1,000 outlets.

Foodpanda marketing manager Mitz Jao said they have partnered with Kia Philippines Inc. to promote their services to the BPO sector through the Foodpanda themed Kia Picanto.

Dubbed “Snap, Tag and Win a GoPro Hero4”, the contest which started today and runs until Aug. 15 offers to the public a free ride when they catch the Panda Picanto car at the New Wing of the Ayala expansion area and at The Walk in Cebu IT Park on Mondays, Wednesdays and Fridays from 10-12 am and at 2-5 pm.

To enter the contest, one needs to snap a photo of the Panda Picanto car and tag @foodpandaPhilippines on Facebook and foodpanda_ph on Instagram. Use the hashtag #PandaPicantoCebu #foodpandaPH.

Winners will be announced on Aug. 20. Details of the contest can be seen at their Facebook page and on their Twitter account @foodpanda.ph./Deputy Editor Stephen Capillas

Read Next
Defining the moment