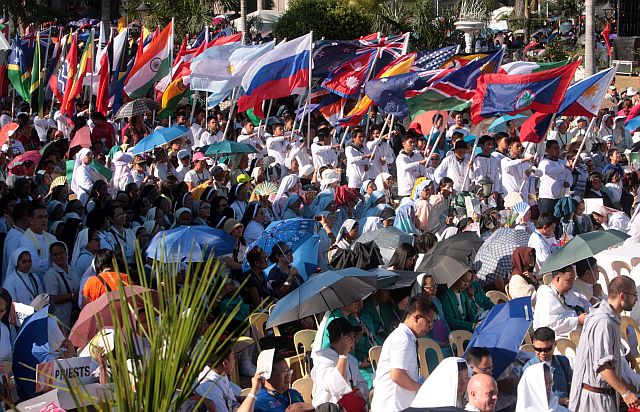 Cebu should have bigger convention centers, better roads and improved facilities to continue making a mark in the meetings, incentives, conferences and exhibitions (MICE) market.

Rowena Montecillo, Department of Tourism Central Visayas (DOT-7) director, said that Cebu would need these three things to sustain or even grow its share of the MICE market despite having experienced recent hosting of big international events.

“There aren’t enough big convention centers. We need to have more, but we should also consider roads and other infrastructure facilities,” she said in an interview last Wednesday.

Cebu hosted some meetings of the Asia-Pacific Economic Cooperation (APEC) Summit attended by over 3,000 delegates from member economies in 2015.
The 51st International Eucharistic Congress was also held in Cebu City in January this year with more than 10,000 religious leaders and faithful from the Philippines and all over the world attending.

She also cited the slow internet connections in Cebu and the need to put in place a more efficient transport system to ferry visitors from one meeting venue to another as among the areas that have to be addressed.

Despite these areas that have to be improved, Montecillo said Cebu would be “ready” to host more international events in the future.
“Cebu has always been a priority MICE destination and even more so once the investments come,” she said.

She cited the SM Seaside City convention center at the South Road Properties, which is planned to be as big as the 24,000-square-meter SMX Convention Center in Pasay, as among the facilities she believed would bolster Cebu’s position as a MICE destination.

She also said that the Robinsons group’s plan to build a hotel in Cebu City, which would definitely have convention halls or conference rooms, would add to the hosting capacity of Cebu.

“In order to fill those facilities, the DOT and private sector should be aggressive in their marketing efforts,” said Montecillo.

Tourism Secretary Wanda Corazon Teo, during her visit to Cebu earlier this month, said she believed Cebu would be ready to host meetings for the 50th year of Asean in 2017 should it be held in the Philippines.

Her confidence was anchored on Cebu’s experience with APEC and the IEC. The province also hosted the 12th Asean Summit in 2007, during the time of former governor and now Cebu third district Rep. Gwendolyn Garcia.

Teo also announced earlier that they are hoping that the Philippines can host the next Miss Universe Pageant and that she looks forward to Cebu hosting some activities related to the event.

Melanie Ng, Cebu Chamber of Commerce and Industry (CCCI) president, also cited the need to come up with more interesting convention and travel packages to strengthen the Cebu brand as a unique and preferred destination of choice for the MICE market.

She, however, noted the growing private sector investments in terms of hotel and tourism facilities in Cebu and the ongoing infrastructure development at the Mactan Cebu International Airport.

“There is also a need to solve our local infrastructure and public services issues so that the experience the tourist will bring back home will be an exceptionally good one with which can result to a repeat visit or a recommendation to the MICE organizers in other countries,” Ng said.

Cenelyn Manguilimotan, past president of the Hotel, Resort and Restaurant Association of Cebu (HRRAC), said problems on traffic and flooding should also be addressed as well as having more convention centers for Cebu.

“We really need a venue like PICC (Philippine International Convention Center) and SMX that can accommodate big exhibits and trade shows,” said Manguilimotan.

The need for more convention centers has been highlighted with the state of disrepair of the Cebu International Convention Center, which was the venue for the 12th Asean Summit.

The center has not been used after it was damaged by the 7.3 magnitude earthquake which hit Cebu last October 2015.