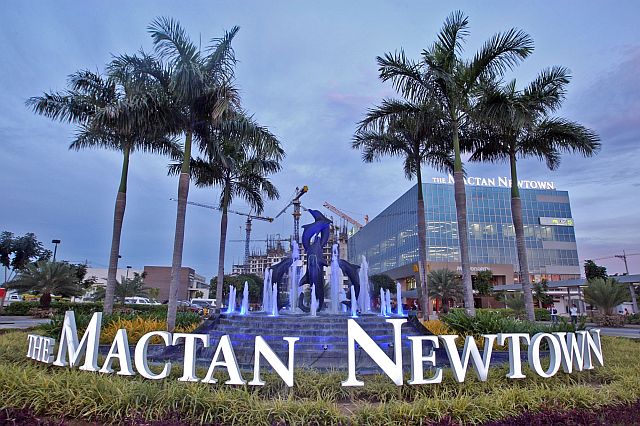 Megaworld will add two more towers to its Mactan Newtown township which will be completed in the next two years. (CDN FILE)

WITH the traffic problems in Cebu City, business process outsourcing (BPO) companies are considering setting up shop in Mactan Island.

Go said they see Lapu-Lapu as a big alternative location for BPOs in Central Visayas, especially with the completion of the Mactan-Cebu International Airport expansion project soon.

“The Mactan Newtown is only 15 minutes away from the airport while going to Cebu City takes you around 1.5 hours in today’s traffic condition,” he said in a statement.

The Mactan Newtown, an ongoing 30-hectare development of Megaworld in Lapu-Lapu City, will have an 80,000-square meter office space inventory by next year as the company is set to open two more office towers which offers an additional 34,000 sq.m. of offices in the Mactan Township. These are aside from the three other towers that were previously launched in the township.

Go said these developments are all part of Megaworld’s initiative to map out a “Visayas BPO triangle” with its three township developments in Iloilo, Cebu and Bacolod. (See separate story)

He said the company is targeting around 175,000 sq.m. of office spaces for the BPO industry in these three key cities in the next three years and 225,000 sq.m. by 2020, depending on market demand.

He said with these developments completed, the firm was expecting around 300,000 direct and indirect jobs in these three areas by the end of 2019.

Wilfredo “Jun” Saa Jr., executive director of the Cebu Educational Development Foundation for Information Technology (Cedfit), said that they see a lot of potential in Mactan with its beaches as a plus factor.

However, he said that the status quo would still be apparent as it would be more convenient for those who live in Cebu City to work at the Cebu IT Park in Barangay Apas.

“The Mactan Newtown will be convenient (place to work) for those who live in Lapu-Lapu City,” said Saa.

Gordon Alan “Dondi” Joseph, Cebu Business Club president, said he had not heard about this growing preference of BPO locators to be in Mactan, but he admitted that this highlighted the need for a traffic solution in Metro Cebu.

Among the BPO companies located at Cebu IT Park are Convergys, Qualfon, Aegis People Support and JP Morgan Chase.

“We are fortunate that investors have a lot of options to choose from in terms of new locations here in our province,” she said in a text message.

Ng agreed that traffic would be a deterrent, since prospective locators usually look for destinations that are ideal for the workforce in terms of livability and sustainability.

Being composed of interrelated cities and municipalities, Ng said the provincial government needs to come up with an integrated plan that can support Cebu’s rapid urbanization and development.