Misting at CICC amid dengue case 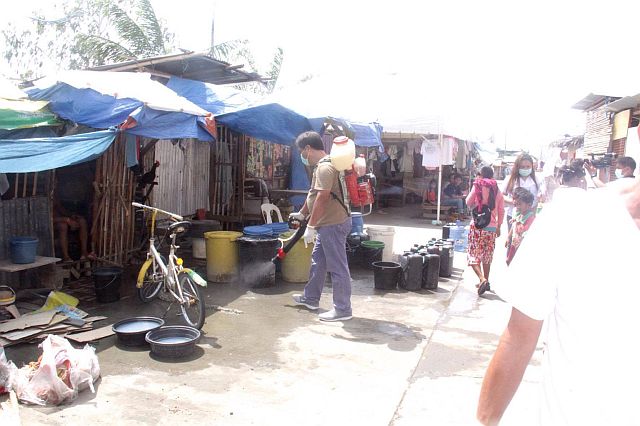 The misting was done for the five camps Wednesday morning.

The previous misting was done last Thursday only at Camps 1 and 2. Fire victims were divided into five camps and assigned camp leaders.

She said based on their records from January to July this year, they recorded 117 dengue cases all over Mandaue City with four deaths. The number is higher from last year’s 57 cases for the same period.

Aside from spraying they also distributed flyers to the fire victims that contained information on the signs and symptoms of dengue and how to prevent contracting the disease.

Read Next
Eight nabbed in separate drug ops in Cebu