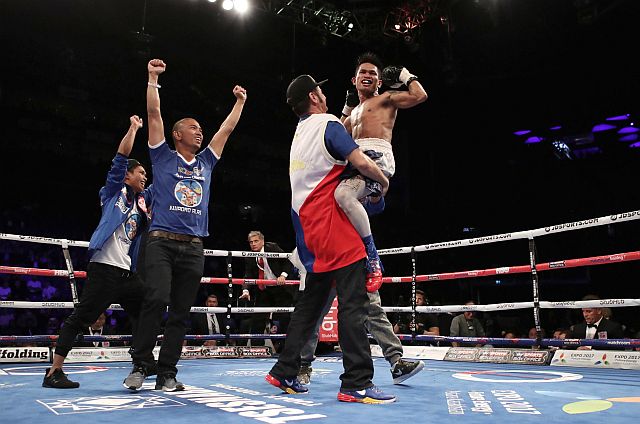 Casimero sealed his 23rd win with a dominating performance that saw him dictating the tempo of the fight in the early rounds.

The Ormoc City-native boxer, who has 15 knockout wins with only three losses, had a strong fourth round where he wobbled Edwards with an overhand right and an uppercut.

Edwards found his target in the fifth, connecting on jabs and straights that caused a small cut in Casimero’s eyebrow. Casimero, however, dominated the succeeding rounds and Edwards clinched excessively to survive the fight.

Then in the 10th round, Casimero landed a well-timed left hook that floored Edwards.

Edwards stood up but the referee decided to stop the fight to save the British boxer from further punishment.