Marina: Only 3 pumpboat operators allowed to ferry passengers for Olango 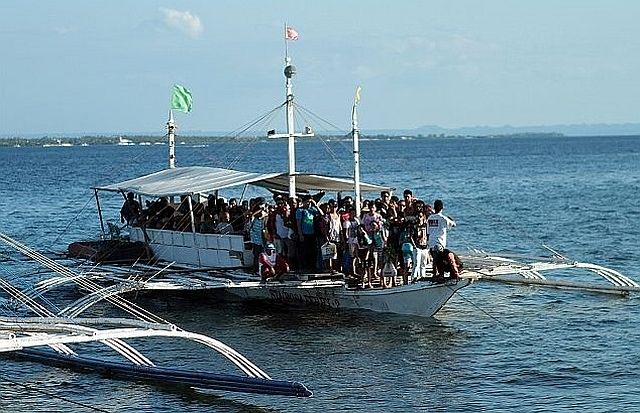 A motor banca that came from Olango Island prepares to dock at Angasil pier in Barangay Mactan in this file photo.

Lawyer Jose Cabatingan, spokesman for the Maritime Industry Authority in Central Visayas (Marina-7), said these operators are the only ones who have franchise and are registered.

“These operators include Trans-Olango Shipping Corp. with two units, and Pablito Ompad and Edilberto Ompad with one unit each,” Cabatingan said.

Last year, there were ten pumpboat operators who applied for a franchise covering the Mactan-Olango route.

Cabatingan said the applicants were given a list of requirements for the issuance of franchise but they did not come back. The requirements included insurance and safety equipment like life jackets.

Since last Thursday evening, nine colorum or unregistered motor bancas were not allowed by PCG to sail in and out of Olango Island after these were found to be colorum.

“To (temporarily) ferry the passengers, the Lapu Lapu City government has hired two motor bancas. The sea ambulance and one of our seacrafts is also being used,” Bibat told Cebu Daily News.

As of 2 p.m. yesterday, more than 200 passengers were waiting for pumpboats to ferry them from Angasil wharf to Olango.

“Until they have no legitimate documents to show, then they are not allowed to sail,” Bibat said in a phone interview.

Bibat also said they do not want to compromise the safety of the passengers. Colorum motor bancas are not covered by insurance, their crew are not trained, and some don’t have safety gears on board.

Meanwhile, another operator of five passenger motorboats, Jorgen Eyas, wasn’t able to renew his permits at the Maritime Industry Authority (Marina) after three of his motorboats broke down early this year and had to repaired, adding problem to the lack of sea vessels going to Olango.

After learning that the PCG was apprehending undocumented passenger motorboats and those whose permits were not renewed, Eyas decided not to sail his two other running units.

Eyas said he was expecting to get permits for his two other passenger motorboats next week from Marina.

Meanwhile, Mayor Paz Radaza said that she is offering free boat rides to passengers going to Olango for only a week.