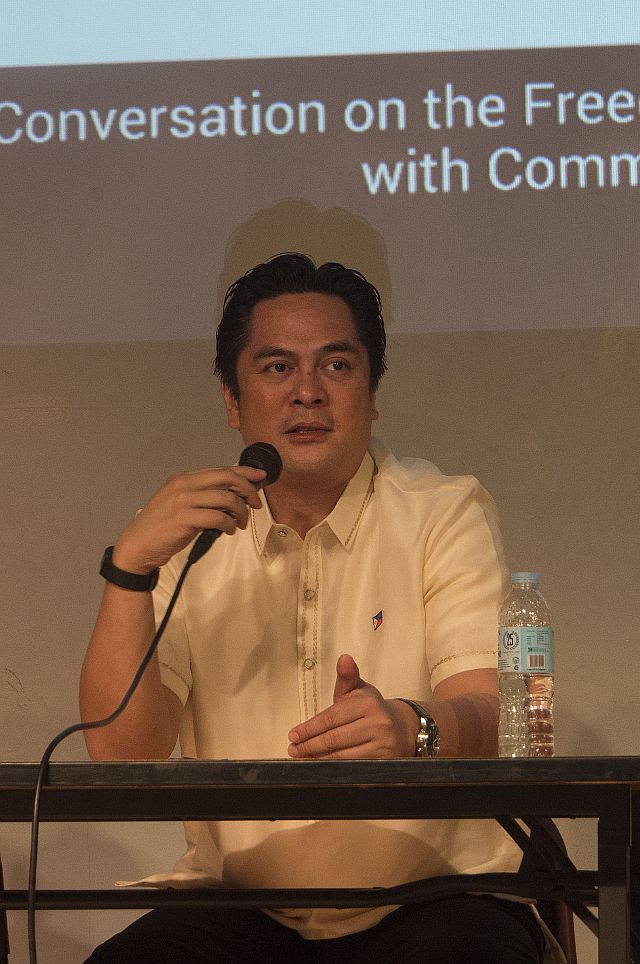 If the Duterte administration meets its self-imposed deadline, starting Nov. 25, 2016, various information on public transactions will be made available on government websites except for a considerable 166 matters involving national security, executive privilege and invasion of personal privacy that fall within the exceptions.

“This is not an easy task. We’re talking here about a lot of information. Government agencies should be prepared by midnight of Nov. 24,” said Communications Secretary Martin Andanar in a forum on “FOI and the Media” in Cebu City yesterday as part of activities as journalists celebrate Cebu Press Freedom Week 2016.

President Rodrigo Duterte signed last July an executive order (EO) adopting the long-pending freedom of information (FOI) bill that would cover, for a start, the executive branch as part of a campaign promise for transparency in public service.

Duterte’s order on FOI required all government offices under the Office of the President to disclose details of their transactions; but for this to be applicable to the other government branches, a law is required.

“While I’m happy about the executive order, it’s just an executive order. It does not have any effect on the law,” said Sun.Star Daily columnist Atty. Frank Malilong, one of the forum’s panelists.

“Since both houses of Congress are controlled by the administration, now is the time to pass the FOI bill,” Malilong told Andanar.

University of the Philippines College Cebu (UPCC) media law professor, lawyer Ian Manticajon, for his part, said the FOI should not just cover the executive branch of government but also the legislative and judiciary departments.

“FOI poses questions like ‘Are we ready to expose the government?’ ‘Will it make it easy for journalists to access needed data?’ ‘Will men in the bureaucracy be committed to the FOI and how fast will the response be?’” Manticajon asked.
Andanar told the forum that the government’s need to release information online was part of the implementation of the FOI in the executive branch so as not to bombard agencies with requests for the issuance of documents and other information.

Andanar said posting pertinent information on government websites would minimize requests from the public and lessen the workload of government employees.

“FOI recognizes every Filipinos’ right to information. It is a necessary tool against graft and corruption and other forms of abuses, and at the same time, it strengthens transparency in government,” Andanar told the forum attended by students from the different colleges and universities in Cebu and members of the press.

“Access to information shall be denied when the information falls under any of the exceptions enshrined in the Constitution, existing law or jurisprudence,” the order read.

A list, later submitted to Malacañang by government lawyers, showed a total of 166 exceptions not covered by the President’s FOI order.

According to reports, the list of exceptions was not yet final, but it so far includes national security matters and personal information involving executive officials to protect their privacy.

The EO grants every Filipino access to information, official records, public records and to documents and papers pertaining to official acts, transactions or decisions, as well as to government research data used as basis for public development.
Any employee or public official who refuses to release information that do not fall with the exceptions may face administrative and disciplinary sanctions.

“The executive order on FOI proves that Duterte just does not want to make promises. He makes them work. I’m glad Digong led the way for the FOI,” said The Freeman Daily and Philippine Star columnist Valeriano “Bobit” Avila, who was among the panelists of yesterday’s forum organized by The Freeman and the Visayan Electric Company (Veco) at the Marcelo Fernan Press Center in Sudlon, Lahug.

“It’s incumbent upon Congress to pass their version. I will tell the President if he’s open to certify the FOI as an urgent bill,” Andanar said.

Senators failed to pass at the close of the Aquino administration the FOI bill which had undergone various incarnations even before his term.

Read Next
Davide not keen on acquiring zoo animals