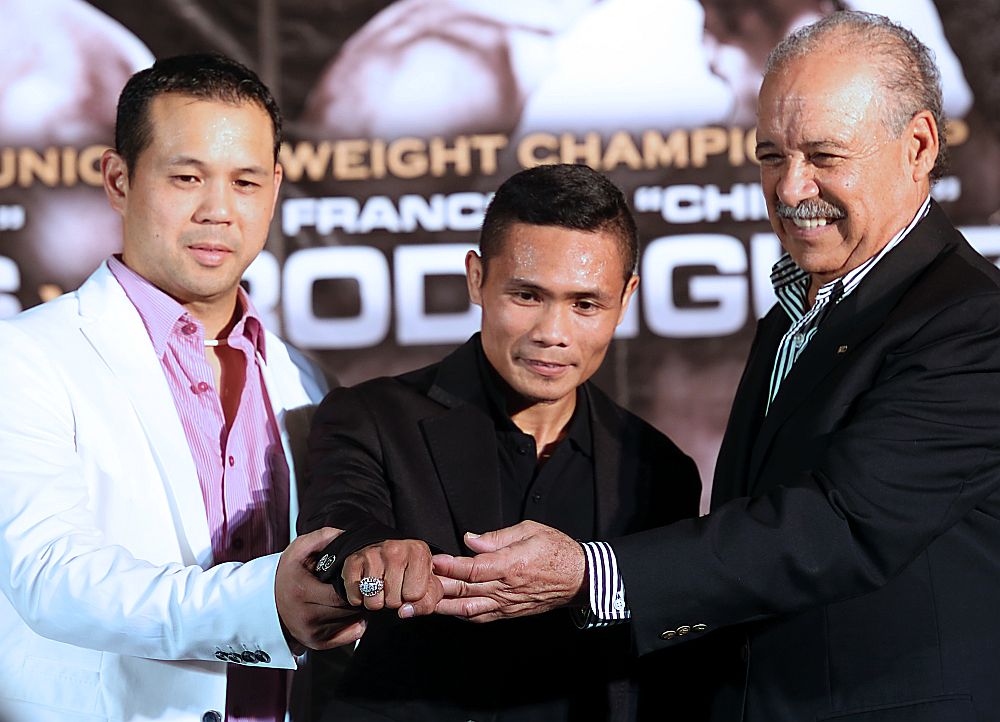 A vintage Donnie “Ahas” Nietes schooled former world champion Edgar Sosa in route to pulling off a unanimous decision victory in the main event of “Pinoy Pride 38: Philippines Versus Mexico” held at the StubHub Center in Carson City, California yesterday.

All three judges scored fight at 120-108 for the two-division world champion Nietes, whose successful debut in the flyweight division netted him the WBO inter-continental flyweight title.

Nietes now has 39 wins, 22 of them by knockouts, one loss and four draws.

The much-anticipated rematch saw Villanueva connecting on a counter right cross to the chin that floored Jimenez.

Jimenez failed to beat the referee’s count, sealing Villanueva’s win at the 2:20 mark of the second round.

Villanueva won via a controversial knockout over Jimenez last May in Bacolod City.

Mark “Magnifico” Magsayo, on the other hand, won over last-minute replacement Ramiro Robles of Mexico via unanimous decision to retain his WBO International featherweight title.

Magsayo, who scored two knockdowns in the second and seventh round, stayed unbeaten in 15 fights spiked by 11 knockout wins.