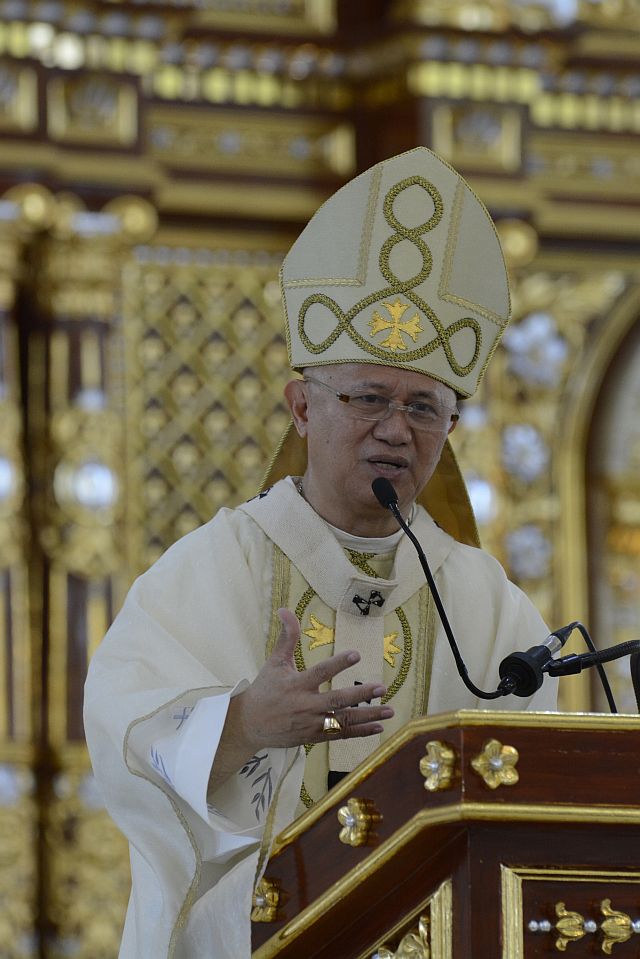 CEBU Archbishop Jose Palma expressed reservations against the Duterte administration’s naming of people allegedly involved in illegal drugs saying that it subjects one to condemnation even before proven guilty.

“They have a reason to name all of these people if and when indeed they are part of the whole drug trade, then they should be held responsible,” Palma said.

However, the prelate added that the question is “to what degree.”

“ For them, this is part of the whole process if you want to have change especially if you have a very serious problem as drugs, ” said Palma.

In an interview during yesterday’s 28th death anniversary of Archbishop Teofilo Camomot, Palma said that he sees the President’s manner of speech as a result of his approach in tackling the country’s problems, especially illegal drugs.

“He’ll do all and everything that is in his power to effect ang iyang katuyuan (his objectives) so at the moment, me as a bishop, I’d say, tan-awon nato (let us see) kay he justifies iyang gibuhat (his actions) for the sake of the cause he is espousing,” Palma said.

Palma said people must continue to be vigilant of their rights.