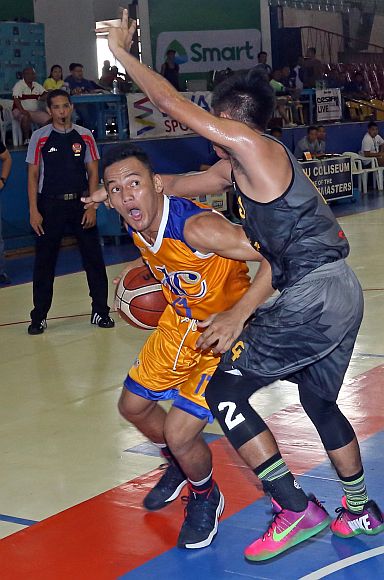 CAN THE Don Bosco Greywolves keep their ascent towards the league’s elite going? Or will the University of Cebu Baby Webmasters give themselves another shot at taking care of their unfinished business?

The answers would be found out today as the Greywolves and the Baby Webmasters clash for the last spot in the semifinals in a winner-take-all match in the quarterfinals of the 16th Cesafi juniors basketball tournament at the Cebu Coliseum.

Don Bosco kept its magical season going with a 77–64 victory over UC last weekend to force the rubber match today. A win today will place the Greywolves in the semifinals for the first time since the early years of the Cesafi.

That victory, though, will not come on a silver platter as the Baby Webmasters, runners-up of this division last year, are expected to go all-out in a bid to return to the Final Four.

Armed with a frenetic attack led by diminutive but deadly court general, Gelmart Umpad and his backcourt mate, Johnbryl Cuyos, UC put a scare into Don Bosco the last time out as it trimmed a 21-point deficit to just seven in the final frame before eventually folding.

UC must get more production from versatile forward Luigi Gabisan, who has been hampered with an injury of late, if it wants to advance.

On the other hand, the Greywolves are a highly motivated bunch that will head to the match with much confidence. They will try to finish UC off behind a fantastic attack led by flashy guard JB Damolo and Al Mendez.