THUMBS UP FOR DIGONG 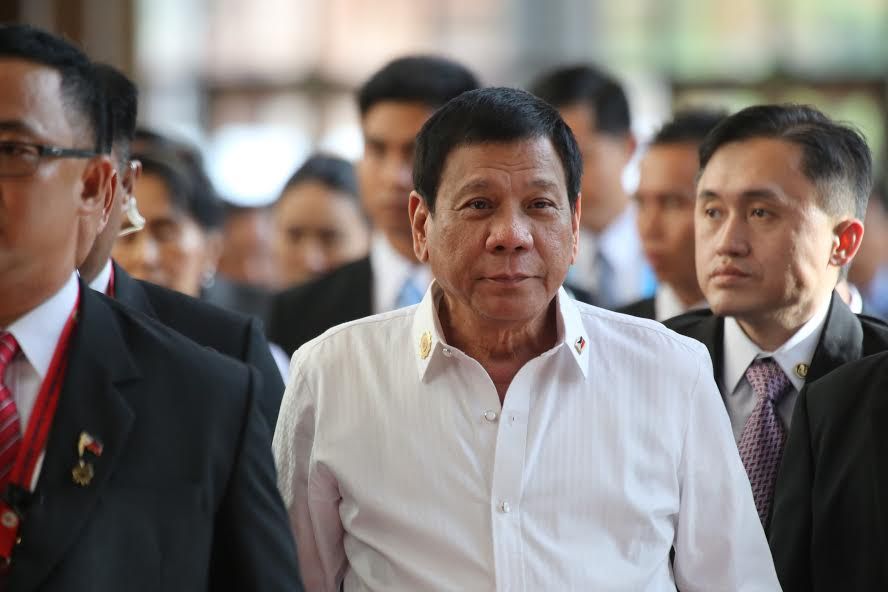 His only problem is his mouth.

This pretty much summed up the opinions of local officials in Cebu who continue to hold the foul-mouthed President Rodrigo Duterte in high regard after 100 days in office despite the mounting death toll arising from his take-no-prisoner war against drugs.

“So far so good,” even Cebu Gov. Hilario Davide III, the local head of the Liberal Party (LP), has acknowledged.

Davide has opted to remain with the erstwhile dominant party despite the exodus of many of his partymates to President Duterte’s party, the Partidong Demokratikong Pilipino (PDP)-Laban.

Davide brushed aside the series of colorful pronouncements by Duterte, whose expletive-laden speeches against his critics have gained notoriety.

“My personal position, let him be. You cannot stop him, he is the President,” Davide added.

While refusing to give the President a rating as this was yet “premature,” the governor noted that Duterte was keeping campaign promises.

Duterte’s controversial remarks notwithstanding, Davide believed the President’s undiplomatic responses have not taken a toll on the country’s international image.

“But I wish that sometimes, someone can advise him on his pronouncements so that these will not be taken out of context,” Davide said in Cebuano.

In a report days before Duterte’s first 100 days, the British Broadcasting Corporation (BBC) listed down some of the Philippine President’s “most contentious statements” that had sparked “global outrage.”

The BBC list includes Duterte’s statement comparing his “brutal campaign” against drug dealers and users to the Holocaust, giving the European Union (EU) the finger, insulting the US President, joking about rape and murder, jet skiing in the South China Sea and defending the hundreds of drug-related deaths.

“For most political leaders, praising Adolf Hitler would be inconceivable,” said the BBC report. Duterte has since apologized for the slur.

But it is exactly Duterte’s outspoken style and crime-fighting record that have made him popular with many Filipinos, perhaps including investors, according to Cebu Provincial Investment and Promotions Officer Benjamin Yap.

Yap said that despite Duterte’s tirades against his critics, Cebu continues to be a bright spot for local and foreign investment.

“I don’t see any negative reactions because I’ve been meeting with investors. They do want to come in,” Yap said.

“So in the end, these investors are here to make money by also solving our problems,” he said adding that investors were still coming in from the USA (United States of America), China, Taiwan, and parts of Europe.

“The concern is more on the cost of business and policies that can be sustained,” said Yap.

Cordova Mayor Theresa “Techie” Sitoy-Cho also gave Duterte a high rating in crime solution and the economy.
“I can see that he is doing his best to fulfill his promises,” Sitoy-Cho told Cebu Daily News.

In Cebu City, officials also praised Duterte for doing “significantly enough” to deliver on a major campaign promise to eradicate the country’s drug problem within three to six months.

“When it comes to peace and order, he’s the best among all the candidates. And I said there’s no second place. And in that respect, he’s done a great job,” said Cebu City Mayor Tomas Osmeña.

Aside from going after drug lords and pushers, Osmeña also lauded the President’s other anti-crime efforts including the cleansing of the police ranks.

Earlier in July, Osmeña threatened to withdraw support for the Philippine National Police (PNP) and its anti-drug campaign following a local PNP revamp that did not sit well with him.

Osmeña’s threat cost him his deputation from the National Police Commission (Napolcom) and his control over the city’s police force.

Just last month, Osmeña regained his Napolcom deputation following what was described as “clarification” and “understanding” between Osmeña and the Napolcom.

Asked to rate Duterte’s first 100 days, Osmeña said, “Overall, he’s done a great job because now you see the extent of how drugs is really destroying our society.”

“Many of these people, as he said, are now dead. I don’t have any problems with that. I want to see the day when we will have less victims of drugs,” Osmeña added.

“Even at this early stage of his presidency, he has accomplished so much. This can also be seen by the significant drop on the number of drug-related cases like robbery, theft, even rape,” said Labella.

However, Labella noted other areas which the President can improve on, including the war on corruption, traffic solutions, economic progress and international relations.

“Aside from the fight against illegal drugs, there is also the fight against corruption in government and bureaucracy. We still have to do something more there,” said Labella, a former director of the Office of the Ombudsman-Visayas.

Labella also noted that while investments in the country have not been withdrawn, the Philippines still needs more.

“The President, somehow, must have to be more circumspect in making pronouncements especially when it involves relations with other countries, not just the United States. He has to be more prudent with respect to our international relations,” Labella said.