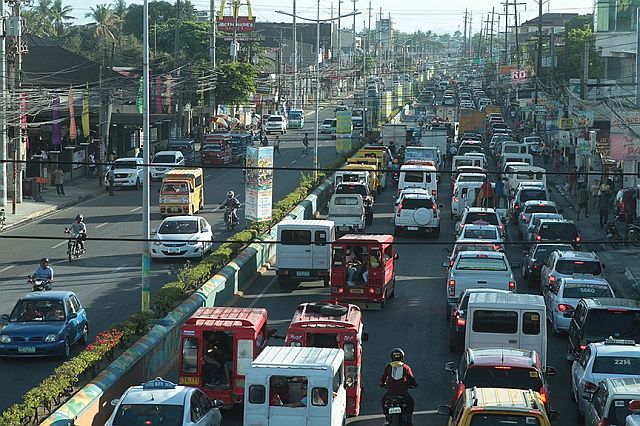 ‘But public should be consulted’

She said she met with Mandaue City Mayor Luigi Quisumbing to discuss ways to decongest traffic at the Mandaue-Mactan bridge in last week’s meeting with the Metro Cebu Development and Coordinating Board (MCDCB).

But she said the public should be consulted on the proposal first.

The mayor said she was also considering a number coding scheme suggested by City Traffic Management System (CTMS) Chief Frank Brazil who is on leave.

Glenn Antigua, Traffic Enforcement Agency of Mandaue (TEAM) chief of operations, said Osmeña’s suggestion is impractical at this time since there are executives who find riding buses to be inconvenient for them.

Antigua also believed that the traffic in the Mandaue-Mactan and Fernan bridges is still manageable.

Mayor Radaza also said they set aside P40 million to buy traffic lights with a time counter similar to Mandaue City in next year’s budget.

Radaza said the new traffic light system will allow them to deploy traffic enforcers in other traffic hotspots.

The traffic lights will be installed at the intersection of the airport road, below the viaduct at Marcelo Fernan Bridge and intersection at ML Quezon Highway.

Read Next
Rains ahead for Cebu this week