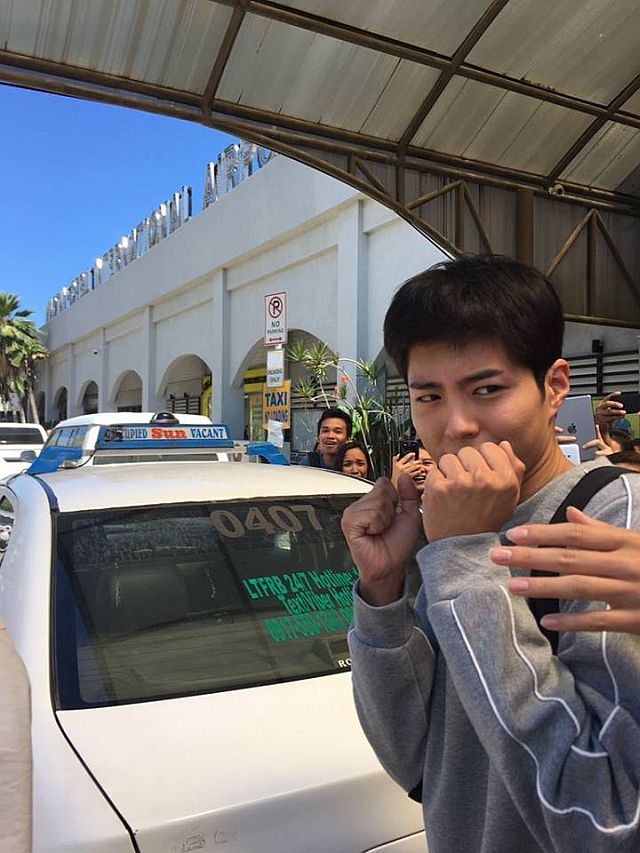 CEBU CITY–Hordes of eager fans welcomed South Korean actor Park Bo Gum who arrived in Cebu on Friday noon for a celebratory vacation with the other casts and production crewof his recently concluded Korean hit drama Moonlight Drawn by Clouds.

The fans waited for hours outside the international arrival area of the Mactan Cebu International Airport (MCIA) in Lapu-Lapu City, anticipating the actor’s arrival while displaying tarpaulins and welcome banners.

The actor’s security group had to trick the fans to avoid being mobbed. Instead of passing through the arrival area, Bo Gum was escorted out of the MCIA through the departure area. 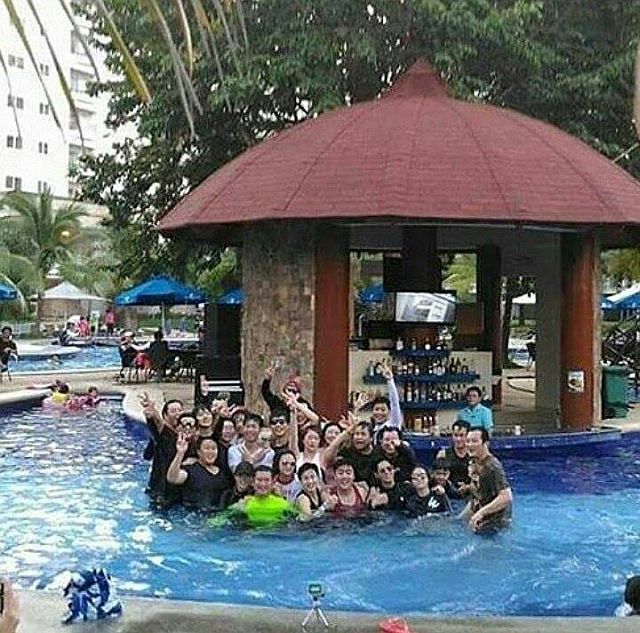 Upon hearing about it, the fans immediately ran to the departure area, a distance of about 50 meters, where they finally caught a glimpse of the 23-year-old actor.

Photos shared in social networking sites like Facebook and Twitter showed Bo Gum being surrounded by police personnel and some Korean colleagues as the fans tried to greet him.

Some were lucky to get selfies with the actor who was beaming as he walked out of the airport. There were also photos that caught the actor’s face looking slightly taken aback by the overwhelming welcome he received from Cebuanos.

Myr Therese Estaño, 25, said she waited for two hours outside the airport but other fans told her that they had been at the MCIA since 10 p.m.

“At around 11:40 a.m., the screen showed that their plane had already arrived. So the fans flocked and waited excitedly since we saw a bus waiting outside the arrival area. Some of the casts and staff members came out with some guards,” she recalled.

They waited to see Bo Gum but he didn’t come out. Later on, they heard some fans shouting that the actor actually used the departure entrance to get out.

Estaño said they started running toward the departure area. 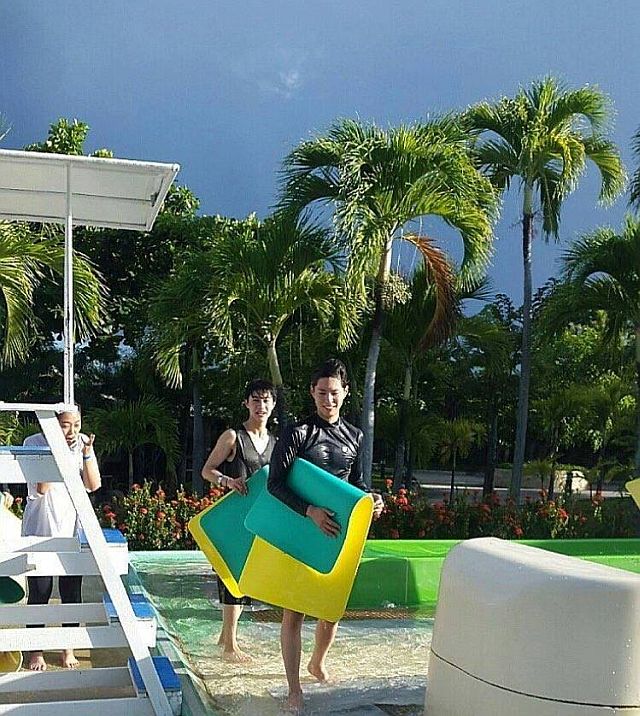 By the time she and her friends got to the departure entrance, the actor already left in a private vehicle.

Korean media earlier reported that the entire cast and crew of Moonlight Drawn by Clouds chose to have their vacation in Cebu.

The drama, which ended just last October 18 received high ratings in South Korea under the KBS 2TV network which decided to reward the entire cast and crew to a vacation.

They group was said to spend five days and four nights here in Cebu. They were set to fly back to South Korea on Tuesday night.

Photos of Bo Gum and other crew members swimming in the pool inside their hotel in Lapu-Lapu City also circulated in social networking sites.

Jai Legaspi, 17, was among those who tried but failed to meet the actor.

She said they started waiting around 11 p.m. on Thursday since they thought the cast and crew would arrive at midnight. They waited until 2 a.m., which was the last arrival from Incheon, Korea.

Since she just lives near the airport, she decided to go home by 3 a.m. and went back to the airport at 7 a.m.

With only three hours of sleep and no breakfast, she and her friends waited again with her until the arrival. She was among those waiting at the arrival area with her banners and gifts she would have wanted to give to the actor.

“I was really disappointed. I slept for three hours, stood and waited for more than ten hours for nothing. Although I saw the other cast members but I really wanted to meet Park Bo Gum, and all the four main cast. Until now, I’m still sad,” she said.

She would have wanted to stalk the actor and the staff in their hotel but decided that it was too much already.

She said she wanted them to still have their privacy and enjoy their vacation here in Cebu.