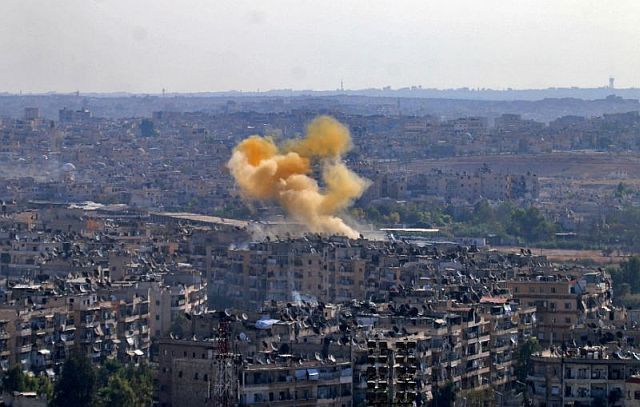 Smoke rises from buildings in a government-held neighborhood of the Syrian city of Aleppo as fierce fighting broke out in the city, killing three civilians (AFP).

The unilateral ceasefire ended without any evacuations by the UN, which had hoped to bring wounded civilians out of the rebel-held east and deliver aid after weeks of government bombardment and a three-month siege.

An AFP correspondent in the east of the city reported fresh air strikes on rebel-held neighborhoods and the sound of fighting on Sunday.

The Syrian Observatory for Human Rights said strikes and artillery fire hit eastern districts after heavy clashes overnight along the front line dividing the city’s government-held west from the east.

The Britain-based Observatory said at least three civilians including a woman and a child were killed in rocket strikes targeting a rebel-held area, warning that with several people wounded the death toll could rise.

Late on Saturday, the Observatory reported the first air strikes since Moscow announced a temporary halt in the Syrian army’s Russian-backed offensive to recapture the east of the city.

It said at least three people were wounded in artillery fire on the east, while rebels fired a barrage of rockets and mortar rounds into a government-held neighborhood.