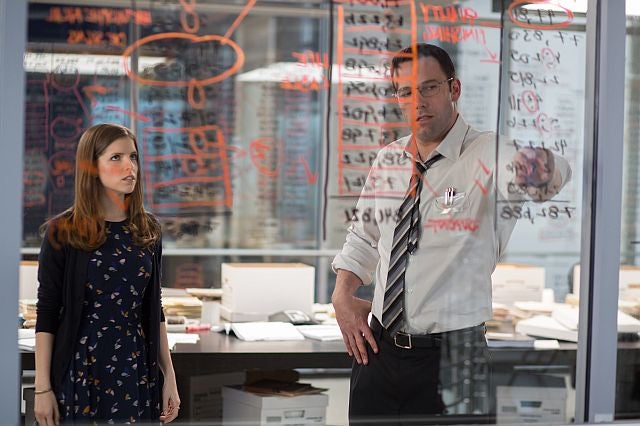 BEN Affleck (“The Town”) plays an accountant by day and assassin by night in the dramatic thriller, “The Accountant.”

And as we get closer to the end of 2016 and the eligibility cut-off for the 2017 Academy Awards—to be in consideration for an Oscar, your film must be released before December 30 of the given year prior—I would not be too sure about Mr. Affleck’s chances to receive the Oscar for Best Performance by an Actor in a Leading Role.

In fact he’s a bit laughable but clearly not on purpose.

Affleck plays Christian Wolff who chews down Zoloft capsules like candy. Zoloft is primarily used to treat major depressive disorders; doctors also prescribe it for post-traumatic stress disorders. We see Wolff in flashbacks of his childhood—right around age 10—when the depression he is sinking into is manifested to his family members.

One method used quite effectively for the young boy to come with his disease are simply ranging upwards to complex puzzles that the boy completes in record time. Eventually, Wolff becomes what might be considered a “mathematics savant” who is more comfortable meeting and dealing with numbers than he is dealing with his fellow workers at a cocktail reception.

But Wolff is also one who lives on the edge of reality—serving as a small town CPA by day and at night he is the accountant for the mafia —or a mafia to be
precise—where he is cooking the books and skimming off millions for himself. 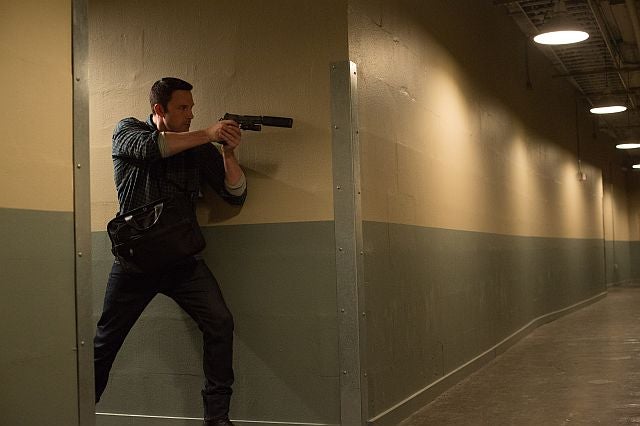 This is about the point when “The Accountant” pours silly stuff all over itself as nothing less than a US Treasury Department agent (played with aplomb by J.K. Simmons) is suddenly hot on his heels.

“The Accountant” is helmed by seldom used director Gavin O’Connor, whose last project, “The Warrior” in 2011, flopped badly at the box office. It is from a screenplay by the also quite suspect author Bill Dubuque who likewise has had a string of uneven projects.

The quasi love interest in “The Accountant” is Anna Kendrick as Dana Cummings who like Simmons’ Ray King, is a bloodhound that once taken the scent, never leaves Afflects’ Wolff alone.

I was hoping against hope that Wolff would just turn his high-powered rifle on Cummings just to shut her up—she is THAT annoying.

If it isn’t being continually reminded that Wolff is on some pretty heavy drugs that not only control his temperament by stopping Affleck’s character to start running naked in the night and howling at the moon.

As you can already surmise, the body count starts piling up around our hero and you really have to wonder why the Treasury Department is taking the lead in this investigation and not the FBI which would have immediately placed Wolff into protective custody.

Filmed on location in Atlanta (as a stand-in for Chicago) because the Georgia Film Department is laying out heavy tax subsidies to production companies to relocate their sets, there is all not that much fun in “The Accountant” to be excited about; and unless Mr. Affleck’s name was affixed to the marquee
title, “The Accountant” would be destined to the one peso discount rack at your nearest SM Supermarket.