YOLANDA STATUS REPORT: More work to be done, 3 yrs after 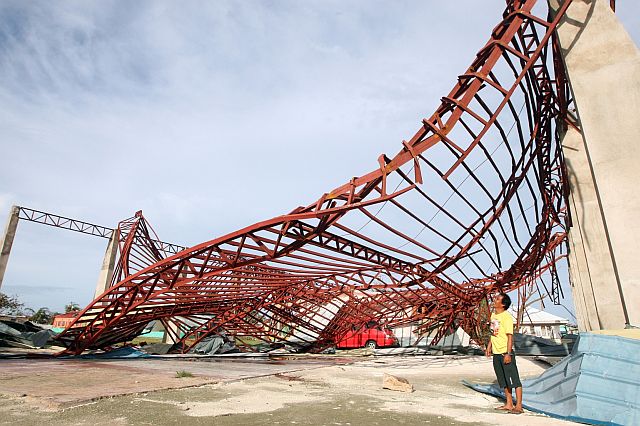 This photo taken in November 2013 shows the massive damage wrought by Typhoon Yolanda to several infrastructure in northern Cebu such as the brgy Lawis Medellin sports complex (CDN FILE PHOTOS).

Government agencies have completed 74 percent of all Yolanda rehabilitation projects in Central Visayas after three years, but an official of the regional National Economic and Development Authority (NEDA-7) said a lot remains to be done.

Based on data obtained by Cebu Daily News, 2,169 out of the 2,796 projects worth P12.61 billion undertaken by various line agencies for the rehabilitation of typhoon-ravaged areas in the region, which are mostly towns in northern Cebu, have been completed as of September 2016. The balance of 627 projects had yet to be either implemented or completed.

The projects were grouped according to cluster, namely resettlement, infrastructure, livelihood, and social services.

“There are 358 ongoing projects, which is 17 percent of the total number, but we expect many to be completed by the end of 2016. That should bring the total number of completed projects up by next year,” NEDA-7 Director Efren Carreon told CDN.

Carreon said that while this is good news, what they are more concerned about is the remaining nine percent or 269 projects that have not been started at all. 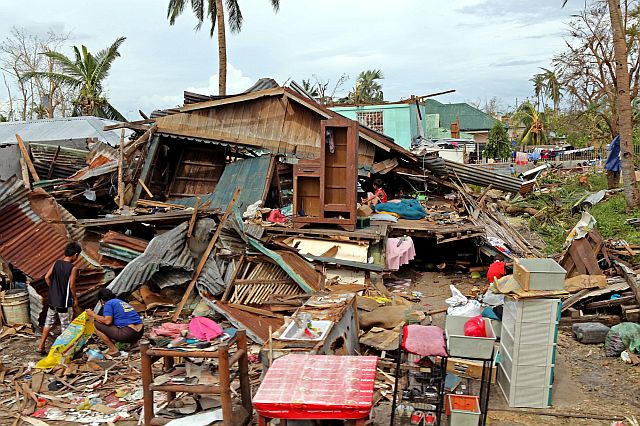 This photo taken in November 2013 shows the massive damage wrought by Typhoon Yolanda to several infrastructure in northern Cebu such as the brgy Lawis Medellin sports complex (CDN FILE PHOTOS).

He said these are mostly infrastructure and livelihood projects with no funding available yet as well as resettlement projects by the National Housing Authority (NHA) faced with land titling issues.

There are 31 resettlement housing projects specified under the Yolanda rehabilitation plan for the region, four of which are still ongoing while 27 have not begun.

Resettlement projects make up only 1.1 percent of the total number of projects, but have been allocated the biggest amount out of the total budget at 52.10 percent or P6.57 billion.

“The biggest problem in resettlement is land titles. Some of the resettlement areas identified only have tax declarations, which according to the NHA Board, cannot be used for housing projects,” he explained.

The islands of Bantayan and Camotes, meanwhile, are also classified as wilderness or protected areas which also cannot be utilized for resettlement.
There are a total of 1,951 housing units in ongoing resettlement projects with 650 of these in Daanbantayan, Medellin (631), Tabuelan (220), and Bantayan Island (450).

A total of 4,363 housing units are expected to rise in Daanbantayan, 3,693 in Madridejos, 3,520 in Bantayan, and 1,960 in San Francisco, Camotes Island as these are the towns that took the worst hit from Super Typhoon Yolanda.

NHA earlier projected the need for 220,000 housing units in northern Cebu for those who lost their homes to Yolanda on Nov. 8, 2013.

While government hasn’t completed a single resettlement project since Yolanda struck, many private organizations, both local and foreign, have helped build homes for affected families in the last three years. 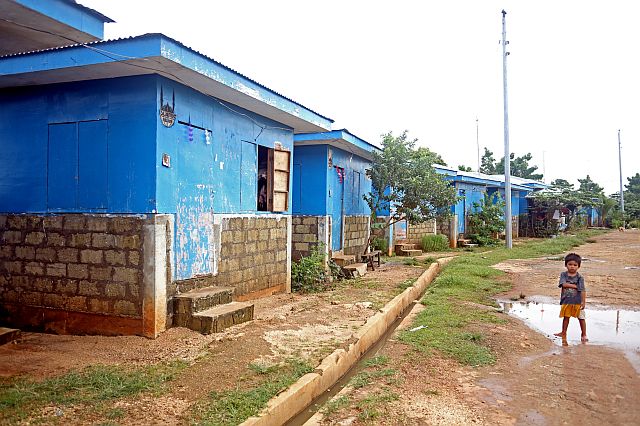 To enable the NHA to build homes in places that are without land titles, the Department of Environment and Natural Resources (DENR) is currently working on the reclassification of these areas.

Carreon said that the agency already finished the general management plan for Bantayan Island and is wrapping up the plan for Camotes.

“We have also provided copies of the resolution to the offices of Vice President Leni Robredo, the Cabinet Secretary, and the NEDA secretary for consideration,” said Carreon.

Carreon also noted the proposed two-year moratorium on the processing and approval of all applications for all land-use conversion of agricultural lands for non-agricultural uses and its implications to the government’s resettlement efforts.

Agrarian Reform Secretary Rafael Mariano, in earlier reports, said that it was necessary to put in place a policy preserving agricultural lands to ensure food security.

He said many of the areas in Cebu considered as future resettlement sites for affected families are still agricultural, especially those on the mainland.
“The implication is that this will further delay the resettlement projects,” said Carreon.

The official emphasized that NEDA’s objective is to have all resettlement projects completed as soon as possible because the beneficiaries have been waiting for three years already.

He said it is good for more socialized housing projects to rise in northern Cebu so that those affected by Yolanda will have a chance at finally securing their own homes. 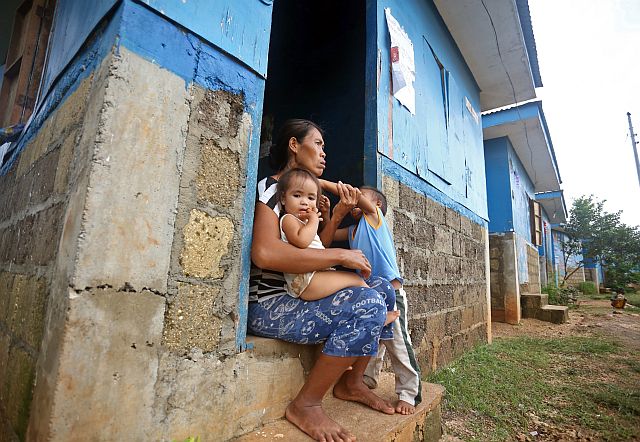 Dolores DerDer, a mother of two, who is among the beneficiaries of housing units from private sector donors who had quickly responded to the call for help after the typhoon, sits outside her new home (CDN PHOTO/LITO TECSON).

Under the livelihood cluster, the Department of Trade and Industry (DTI) through the Small Business Corp. (SB Corp.) provided P500 million in loans to affected businesses, while the Technical Skills and Development Authority (TESDA) completed skills training projects worth P37.02 million.

Listed ongoing projects include the P2.55-million rehabilitation of production enterprises in affected communities by the Department of Science and Technology (DOST) and the P4.5-million review assistance to affected towns on the Comprehensive Land Use Plan (CLUP) by the Housing and Land Use Regulatory Board (HLURB).

Super Typhoon Yolanda (codename: Haiyan) was the deadliest Philippine typhoon on record killing at least 10,000 people in the country.

Weathermen said the tropical cyclone, which packed gusts of 250 kilometer per hour in the Philippines, was the strongest in the world for 2013.

In Cebu, the seaside towns in the northern tip of the province took the brunt of the storm.