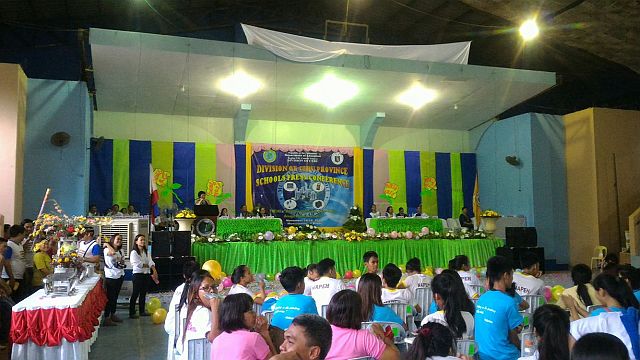 Novelyn Mangubat, SGOD Chief, reads the mechanics and guidelines for each competition to the student participants. (CDN PHOTO/MAURICE JITTY VILLAESTER)

Student journalists all over Cebu gathered in Barili, south of Cebu for this year’s Division Schools Press Conference (DSPC) where they will be given different lectures on journalism and compete in different writing contest categories.

DSPC 2016 officially opened on Tuesday at the Robert A. Alquizola Municipal Gymnasium. The conference will end on Friday with the awarding of winners for each category.

DSPC 2016 follows the theme of Strenthening Campus Journalism Through Freedom of Information.

The winners will be qualified to compete in the regional schools press conference set on November 22 in Carcar City, Cebu.