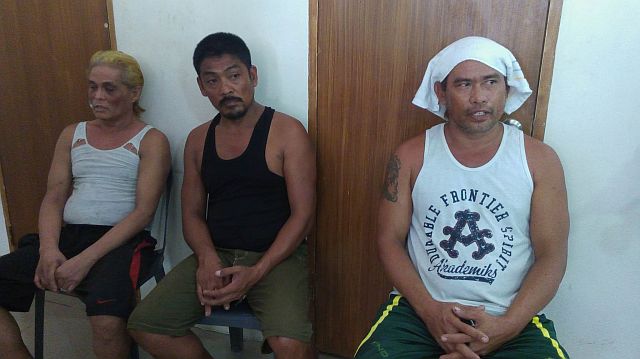 CEBU CITY–Three suspected drug lords were arrested in a buy-bust operation where P1.6 million worth of shabu by Philippine Drug Enforcement Agency in Central Visayas (PDEA-7) in Talisay City, Cebu on Tuesday afternoon.

Also collared were 22 young men who were allegedly caught while having a pot session when PDEA-7 agents barged in the house at Sitio Rattan, Barangay Tangke, Talisay past 4 p.m.

They denied the accusation saying they were only playing basketball when they were arrested by PDEA-7.

“But our team saw them gathered in the den and we’ve never recovered any basketball. They will still be charged (for alleged drug use),” said PDEA-7 director Yogi Filemon Ruiz on Wednesday.

The PDEA identified the three suspected drug lords as Carlos Abalo, Lloyd Manubag and Lucino Gacay who were reportedly operating a drug den that was subject of the buy-bust.

Recovered from the three were several packs of suspected shabu worth P1.6 million and pieces of drug paraphernalia.

He was said to be on the 5th in the list of priority targets of the Talisay City Police.