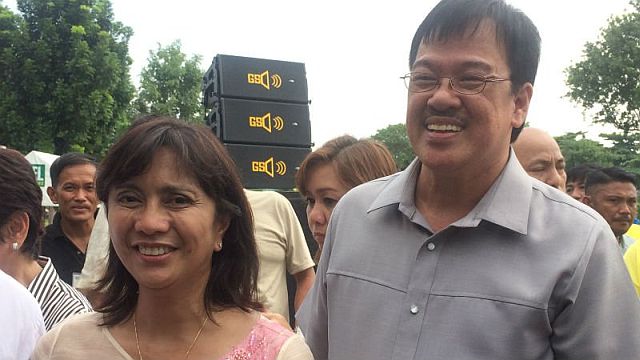 MANILA — Vice President Leni Robredo said on Monday that the false news being spread on her “pregnancy” would sound funny if it were not an insult to women.

“Nakakatawa siya pero at the same time, parang insult na iyon sa ating lahat na kababaihan (It’s funny, but at the same, it’s more like an insult to all of us women),” Robredo told reporters.

On the nasty rumor, she said: “Pagpapakita lang na, saan ba tayo patungo kung may mga ganitong usapin? Kabahagi na ng kuwento na alam naman natin na walang katotohanan at walang basehan (This shows our problem; where are we really going if we get distracted by these kinds of talk? These are just among stories that we know to be without truth and without basis).”

Robredo, 52, is the widow of Jesse Robredo, an interior secretary during the Benigno Aquino III administration. They have three daughters.

Earlier this month, Robredo was falsely reported to be in a romance with a Quezon City councilor.

Even President Duterte helped spread the rumor, mentioning it in a speech in Tacloban City, commemorating the third anniversary of Super Typhoon Yolanda, where Robredo was seated on stage.

The Vice President shook her head to say no when Mr. Duterte asked her if the rumor was true, and if it were, “a congressman might end up dead.”

In a statement, Robredo’s spokesperson, Georgina Hernandez, said that they had already been warned about “these well-funded and well-orchestrated attacks to malign the vice president.”

“The demolition campaign has begun. And the next logical question is: who is behind it?” Hernandez said.

The OVP has “complete trust in the Filipino’s ability to discern fact from fiction, and steer clear of false news.

Websites that masquerade as news sources have been fabricating these rumors, which are then spread by troll armies,” according to Hernandez.