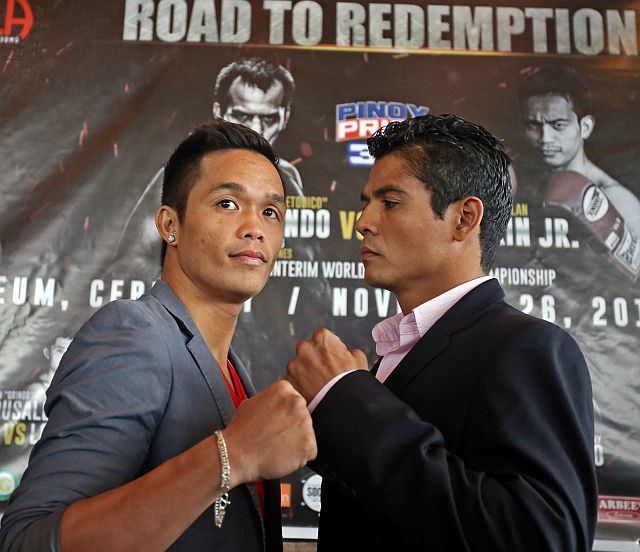 Alfaro (28-10-1, 24KOs) and Pagara will fight in the co-main event of Pinoy Pride 39: Road to Redemption Saturday night at the Cebu Coliseum.

Alfaro’s father died while he and his trainer Gustavo Herrera were traveling from Nicaragua to Cebu for this fight.

“My father was already sick when I was still training for this fight. This fight is for my father and for Nicaragua,” Alfaro said. “For sure, my father will be watching my fight from the other side.”

According to the former Nicaraguan champion, both he and Pagara (39-2-0, 24KOs) are experienced boxers, which makes their 10-round showdown one to watch out for.

“I come here with everything I got, and for sure all of the boxing fans who will be watching our fight will enjoy it,” said Alfaro.

Pagara’s younger brother, the comebacking “Prince” Albert Pagara (26-1-0, 18KOs) vowed to redeem himself from his devastating loss to Mexican Cesar Juarez last July in the US. He faces Ghanian Raymond Commey (16-3-0, 9KOs) in a 10-round non-title bout.

Read Next
Court allows controversial POC elections to push through