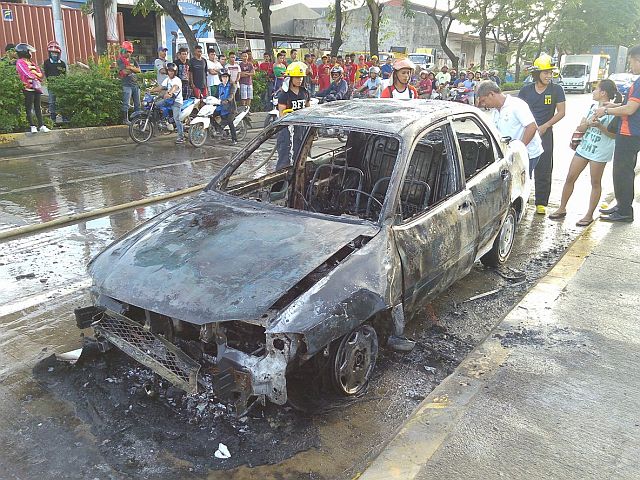 A Kia sedan was destroyed after it caught fire near a mall at past 3 p.m. on Friday (CDN PHOTO/JUNJIE MENDOZA).

A Kia sedan was destroyed after it caught fire near a mall at past 3 p.m. on Friday.

Kimberly Tiro, 18, the car owner, told Dabalos that she heard an explosion on the left side of the car’s front portion prior to the fire.

Tiro, a resident of Banawa, was said to be on her way to SM City Cebu with her cousins Danielle Gabrillo, 19, and Julie, 41; and her 1-year-old son.

Tiro and her passengers were able to get out of the car before it was engulfed by fire.

Investigators are still looking into the cause of the fire.