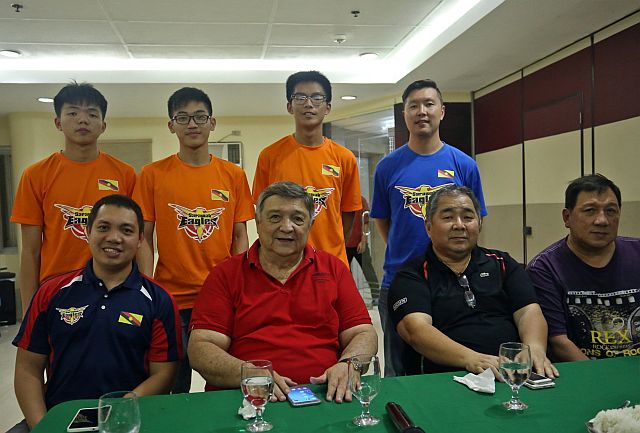 They know the competition won’t be easy but the men’s and Under-17 team of Malaysia’s Sarawak Eagles are looking forward to seeing action in the Cebu Friendship Invitational Basketball Cup 2016, which opened last night at the Don Bosco Technology Center (DBTC) Gym in barangay Punta Princesa, Cebu City.

“This will be a good test for us. By competing in this tournament, we will see how far have we reached as a team. This is a big opportunity for us to learn,” said Britt Reroma, the Cebuano coach tasked to transform the Eagles into one of the solid teams in Malaysia.

Sarawak men’s team will play in the men’s open division against the University of San Carlos (USC) Warriors, Bogo City and SG/ARQ Builders.

Sarawak U-17 team will test its mettle in the loaded U17 division, which also has Sacred Heart School-Ateneo de Cebu, DBTC Greywolves and University of Cebu (UC) Baby Webmasters.
Sarawak U-17 was set to play the Magis Eagles to kick off the tournament last night.

A winning attitude is what Reroma is bringing on the table as he joined Sarawak after steering the University of San Carlos Warriors to the championship in the 2015 season of the Cebu Schools Athletic Foundation Inc. (Cesafi).

Kill Lieng Hui, assistant coach of Sarawak, said Reroma has done a lot for the team.

“He is not only teaching the players how to improve their basketball skills but he also helping them develop their character. We are thankful to have him,” said Hui.

Reroma said bringing the two teams in Cebu will be very beneficial as there are no regular tournaments in Malaysia.

“The communication barrier is one of the challenges. The biggest challenge is to develop the team’s chemistry since in Malaysia, we only have week-long tournaments and my players in the U-17 are students while the men’s team players have their respective jobs,” said Reroma.

Reroma believes that if his teams are to reach far, they have be solid defensively.

“There is no bad night in defense. A typical Philippine squad defends hard. That’s what I’m trying to do with Sarawak, a defense-oriented and a running team,” Reroma said.