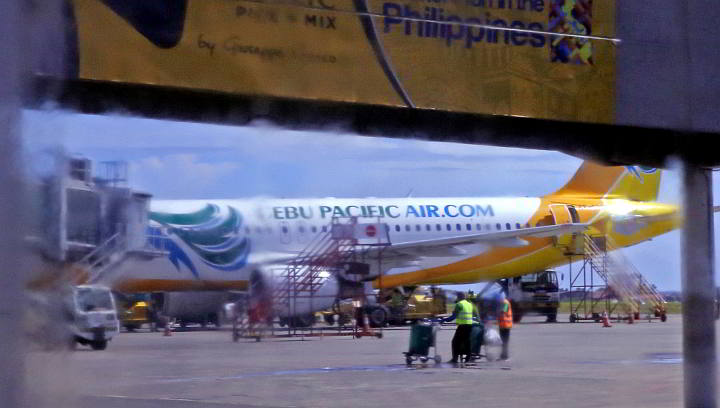 A Cebu Pacific aircraft gets ground servicing at the Mactan Cebu International Airport before taking another flight. (CDN PHOTO/LITO TECSON)

In a statement, Cebu Pacific announced it has signed today a Government Fares Agreement (GFA) with the Procurement Service, an attached agency of the Department of Budget and Management (DBM).

This is in line with the agency’s aim to centralize the air ticket purchase of the different government offices and agencies, which is noted as one of the most needed items in the government’s procurement operations.

Under the said agreement, all official travels of government workers will be granted discount and waiver of processing fee along with fees for rebooking.

“This agreement promotes fair and open competition among the major airlines towards the best value for money for government agencies,” said DBM Secretary Benjamin Diokno in a statement.

He added that the partnership is a huge step into the department’s goal of getting the highest value for the hard-earned money of the Filipino taxpayers.

“With this partnership, government offices can purchase airline tickets faster and easier, as CEB is now part of their system of suppliers. We are pleased to contribute to this initiative, making air travel more convenient and accessible to our workforce in the government. We are looking forward to flying more government employees as this will also cultivate financial and economic growth of the different regions and provinces in the Philippines,” said Lance Gokongwei, President and Chief Executive Officer of Cebu Pacific, in a statement.

CEB currently offers flights to a total of 36 domestic and 30 international destinations, operating an extensive network across Asia, Australia, the Middle East, and USA.