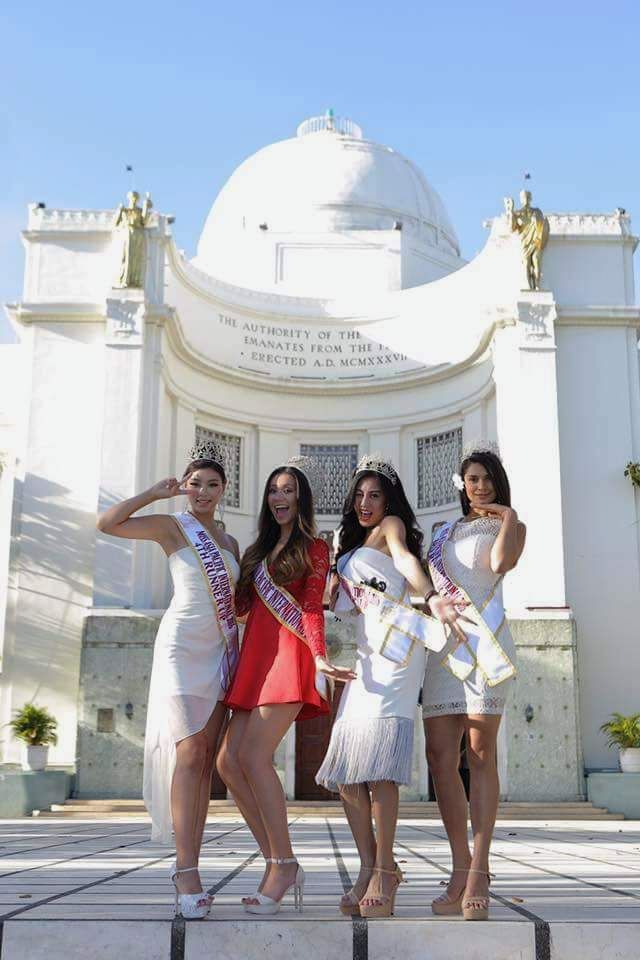 ALONG with the glory, it’s real work for the newly proclaimed Miss Asia Pacific International Tessa Le Conge and her court
to advance the pageant’s advocacy in promoting tourism despite diversity.

Fresh from the coronation in Puerto Princesa last Nov. 23, Tessa, together with first runner-up Chawanya Thanomwong from Thailand, third runner-up Felicia George from the Cook Islands and fourth runner-up Soyeon Kim from Korea, recently visited Cebu for work and a bit of play.

The new queens embody the revival of the Miss Asia Pacific International after being inactive for more than a decade since it’s last staging in China in 2005.

During the winner’s press conference held at the Waterfront Hotel Cebu last Monday, the four beauty queens shared their experience, visiting the Philippines for the first time.

“I once thought that the Philippines is a dangerous place, according to some of my friends. But after getting to know the
people, I realized that they are friendly and kind. And the food is good,” said 25-year-old Soyeon Kim.

The Philippine candidate and second runner-up Ganiel Akrisha Krishnan was not able to join the tour as she had to catch up
on missed schoolwork. Ganiel is taking up Communication Arts at Far Eastern University.

Meanwhile, 20-year-old Felicia who came all the way from the Cook Islands has likened the Philippines to her own country for its tropical climate and its abundance of sprawling white sand beaches.

As for the 22-year-old Dutch beauty, who is also a trampoline gymnast and communication adviser, Tessa shares how winning the crown is but a blessing to her, to be able to travel around
the world in representing Miss Asia Pacific International and
its causes.

“I am looking forward to spreading beauty in diversity all over the world, this is a once in a lifetime opportunity and I am truly grateful for it. I want to be able to share the beauty of every place,even it’s an island or a city,” shared Tessa.
The four stayed in Cebu for three days, and paid courtesy calls to government offices of Mandaue City and Cebu Province.

Tessa and her court have also put a smile in faces of kids studying at the Little Bamboo Community, a non government organization helping less fortunate kids through education.