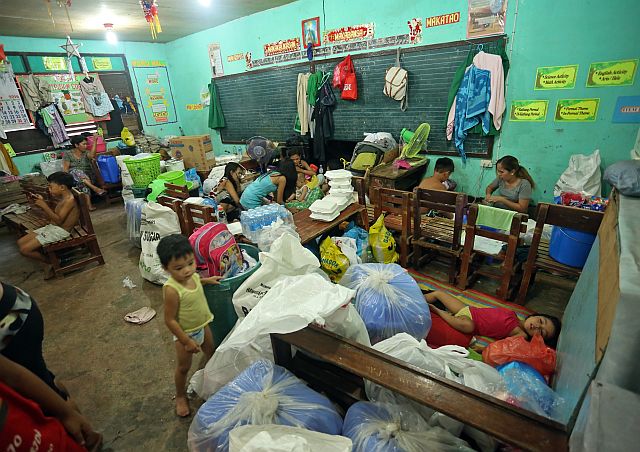 : Duljo fire victims stay inside a classroom at the San Nicolas Elementary School and are getting sick. The Cebu City government is setting up a clinic at the evacuation center today (CDN PHOTO/LITO TECSON).

Many Duljo fire victims are now suffering from respiratory and gastrointestinal illnesses, especially the children.

Parents are worried that it will spread because there are at least 30 of them occupying one classroom and viruses easily spread in crowded areas.

Evangeline Aluba, 27, said her children aged two and four, had diarrhea since Saturday.

Another fire victim, Jennifer Viodor, 29, said her son had high fever, cough and colds for two days now. She brought him to the Barangay Health Center (BHC).

The city government will put up a medical clinic today.

“We conducted a survey specifically on their physical condition and most of them had health concerns,” Bañacia said.

Japson said house owners, renters or sharers whether their houses were totally or partially burned will receive P20,000 financial aid.

Owners of houses which were only slightly burned will get P10,000 cash assistance.
Japson said the city will also give housing materials for the house owners as soon as the site of the fire is cleared.