BUILD UP CASE VS PETER LIM 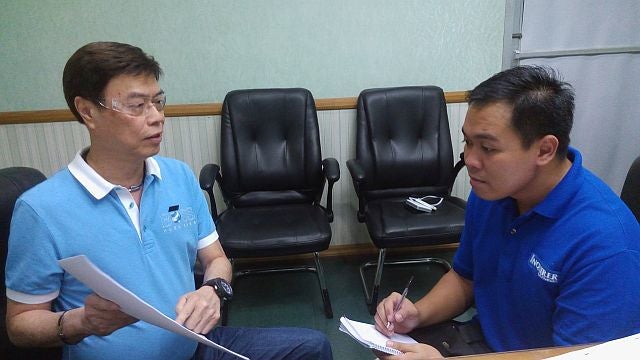 “They were misled,” said Cebu businessman Peter Lim about an hour after Philippine National Police (PNP) Director General Ronald “Bato” dela Rosa disclosed before a Senate hearing that the President had ordered police to “build up” a case against the Cebu businessman tagged by intelligence reports as Central Visayas’ “biggest drug lord”.

While he seemed to have had enough of the accusations, Lim on Monday lashed at self-confessed drug trader Rolando “Kerwin” Espinosa Jr. for allegedly misleading government authorities to believe that he had supplied Kerwin with illegal drugs.

The Senate Committee on Peace and Order and Dangerous Drugs, chaired by Senator Panfilo Lacson, resumed hearings into the death of Albuera Mayor Rolando Espinosa Sr. yesterday and called on Kerwin to testify for the second time.

Upon questioning by Senator Antonio Trillanes IV, Lim’s name again cropped up after Trillanes took out two photographs of the businessman seen together with President Rodrigo Duterte.

One photo was taken when Duterte and Lim both stood as primary sponsors during a wedding at Shangri-La’s Mactan Island Resort and Spa in Lapu-Lapu City in Cebu on June 25.

Trillanes appealed to the public not to judge Senator Leila de Lima based on another picture showing Kerwin and the lady senator in Baguio City.

“The biggest drug lord is President Duterte’s kumpare. I am not ready to make a judgment based on a picture. And so let us also not make the picture of Senator De Lima and Kerwin (as basis that they had connections in the illegal drugs trade),” he said.

“Otherwise, if we use this picture (of Kerwin and De Lima), let us arrest President Duterte because he’s also shown in a picture with the biggest drug lord. Now, are we ready to use pictures as a sign of guilt? Those pictures don’t mean anything and it should go both ways,” Trillanes added. 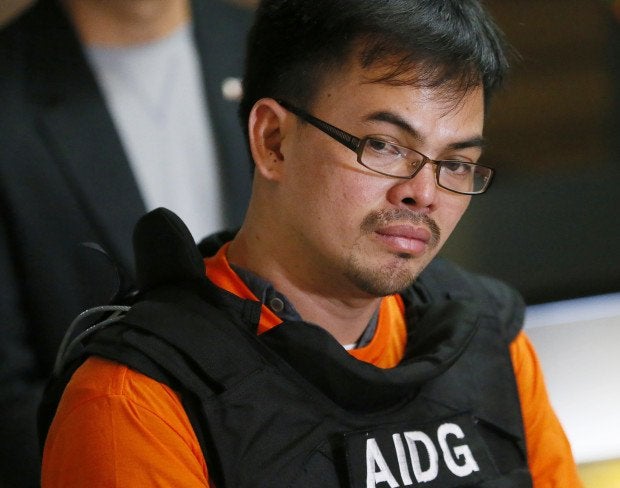 To which dela Rosa retorted: “I must speak out that the President is very angry with that Peter Lim. He is not protecting that person. That picture was taken during a wedding and the President didn’t know the background of that person.”

Dela Rosa then proceeded to reveal to the Senate what he was not supposed to say.

“Mag-conduct kami ng case build-up kay Peter Lim, tahimik lang kami. Hindi namin ilalabas ang case build-up para hindi mabulabog. Pero inaakusahan ninyo si Presidente na nandyan sa picture. I must speak out, (We were quietly conducting a case build up on Peter Lim so that it will not be jeopardized. But you are accusing the President because of that picture and so I must speak up),” said dela Rosa.

Quoting police intelligence reports, the President said that “Peter Lim” was the biggest drug lord in the Visayas.

Dela Rosa said he informed President Duterte that the real Peter Lim, linked in the illegal drugs trade in the matrix presented by the President, was the Cebu-based businessman as testified by three people: Kerwin, his driver-bodyguard and Kerwin’s brother.

“Peter Lim was among Kerwin’s supplier of illegal drugs. And together with his driver or hitman, they reportedly met in Thailand together with Kerwin and Peter Lim,” the chief PNP said.

“Right away, I reported to the President. I told him, ‘Sir, the Peter Lim, your kumpare who had a photo with you, is the same person now accused as one of Kerwin’s supplier of illegal drugs.’ Right away, the President said: ‘Trabahoa. Trabahoa. Kung mosukol, patya.’ (Work on it. Work on it. And if he resists arrest, kill him)’,” Dela Rosa quoted the President as having told him. 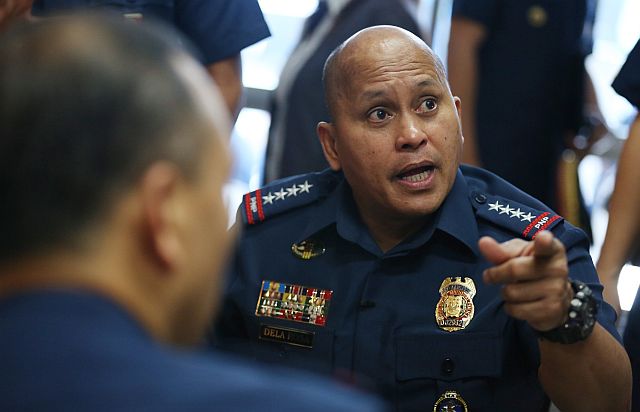 In an interview yesterday, the soft-spoken businessman denied any hand in the proliferation of illegal drugs in the Visayas nor having met or known Kerwin.

He said both President Duterte and the PNP director general were deceived by a drug lord.

Lim said he never met with Kerwin and the latter’s bodyguard in Thailand.

“Why not check our travel records, including that of Kerwin, his bodyguard, and mine? Very simple. As simple as that. And then they will know that Kerwin is lying,” he said.

In August 2015, Lim said he brought his ailing mother to Singapore for a medical checkup. He returned to Cebu two months after when his mother died.

The last time he travelled abroad was in April 2016 when their family went to Japan during the Holy Week break.

“I would have wanted to go back to Singapore for medical treatment, but I chose to stay in the country. In case I would travel abroad, I will definitely come back anytime when I am needed,” said Lim who is said to be suffering from a kidney ailment.

“How could we believe a criminal; someone who is into illegal drugs? We can’t believe what the person is saying. I think our good and sincere PNP chief was misled by Kerwin and his bodyguards. And I think President Duterte was also misinformed and misled,” Lim told CDN at his office at Hilton Heavy Industries in Barangay Subangdaku, Mandaue City.

Lim requested authorities to conduct a thorough investigation to find out who the real Peter Lim alluded to as a drug lord is.

“Somebody is behind all these lies. I think Kerwin is protecting some people, including the real Peter Lim. As to who and why Kerwin is telling all these lies for, (that remains to be seen),” he said.

Pressed as to who he thinks is behind the plot to pin him down, Lim responded, “It might be the real Peter Lim who is a Chinese national, who comes in and out of the country, as earlier mentioned by the President.”

The 71-year-old businessman said he feared for his life when Dela Rosa revealed in yesterday’s Senate investigation that Duterte ordered a case build up against him, and to kill him if ever he resisted arrest in the process.

“I am worried, sad, and afraid about that statement. I hope there will be no foul play. I hope for an honest and fair investigation. As I said, I am clean and innocent. I am not and will never engage in that kind of business (illegal drugs) for it destroys the lives of people,” he said.

Lim said he was excited when Kerwin was about to testify before the Senate on Espinosa’s illegal operations, thinking that it would clear up everything.

But the thrill faded when the self-confessed drug lord accused Lim as among his suppliers of illegal drugs.

“Why don’t they look for the real Peter Lim? Why am I the one being accused of something I am not involved in?” he said. 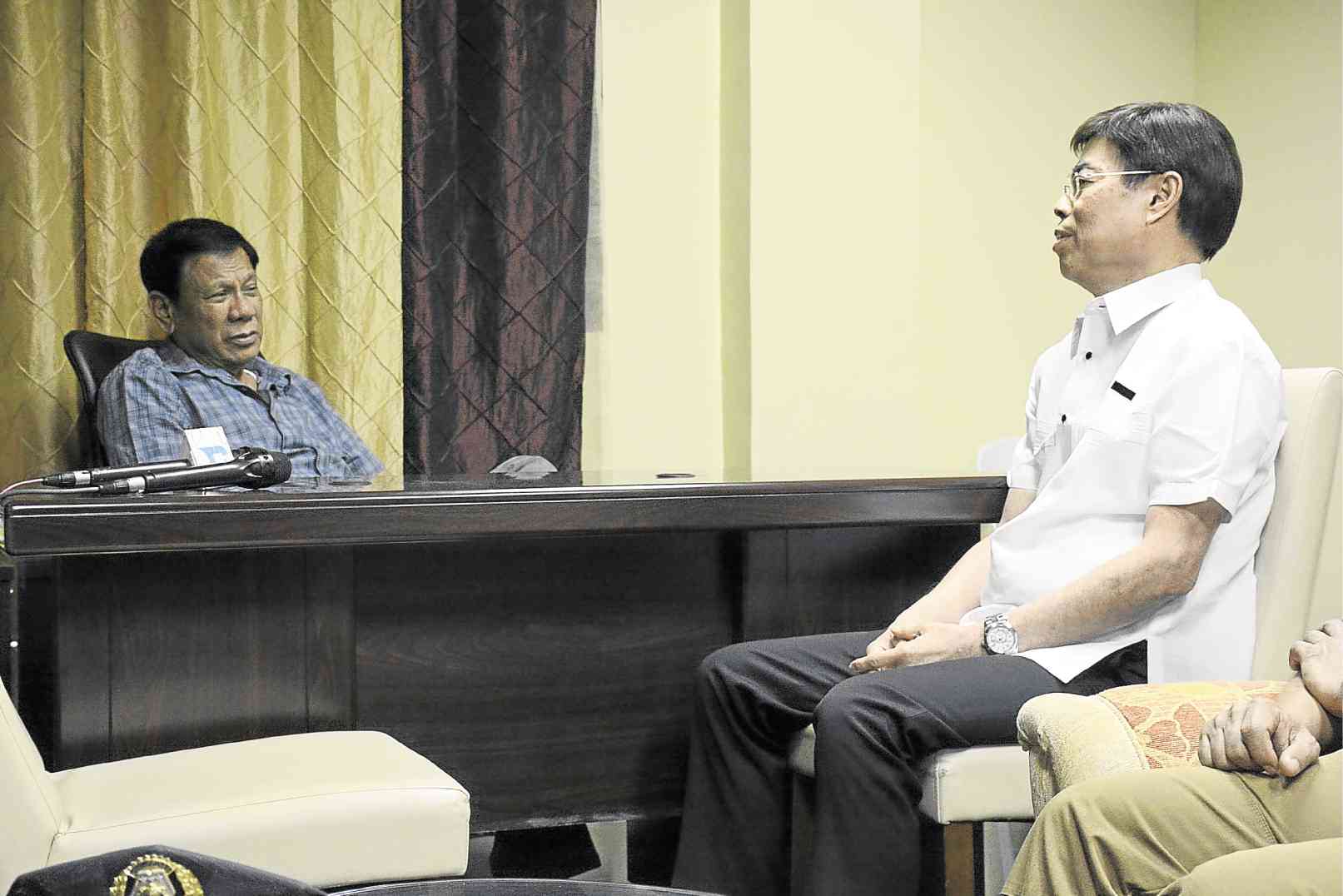 President Duterte warns Cebu businessman Peter Lim not to lie to him or he will have him killed. Lim sought the meeting with the President to deny that he was the drug lord wanted by the police. He was allowed to go, but told to face NBI investigation. (MALACAÑANG PHOTO)

Last September, Aguirre revealed that the Peter “Jaguar” Lim who is listed as one of the top drug lords in the country referred to Jeffrey “Jaguar” Diaz, and not the prominent Cebuano businessman Peter Lim.

Aguirre claimed in a press conference that there was a mistake in the July drug matrix released by the President.

But is Cebu’s Peter Lim off the hook?

Aguirre said the National Bureau of Investigation (NBI) continues to investigate the businessman to find out if he is also into illegal drugs.

As for Lim, the businessman told CDN that he continues to support President Duterte in his relentless campaign against illegal drugs.

“We’re lucky to have him as our president. He’s the only president who can save our country against the menace of illegal drugs. We should be grateful to him. I will support his mission in any way I can,” he said.

Lim said he and his family are badly affected by the accusations leveled against him.

He expressed hopes that he will soon be vindicated.

“Na-stress nako aning tanan. (I’m stressed by all of these accusations). I’m just trying to hold on because I know the truth will set me free,” Lim said.